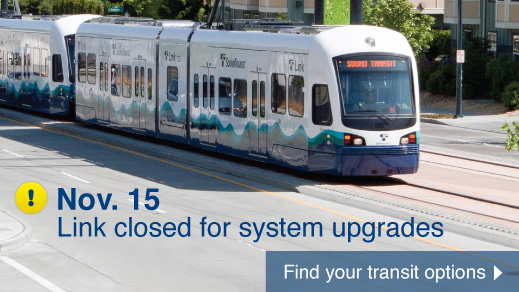 Just a reminder that there will be no Link service tomorrow (Saturday, 11/15), and the Downtown Seattle Transit Tunnel will also be closed. Sound Transit will be completing systems upgrades and testing necessary for ULink. For details on shuttle bus routes and other alternatives, see our original post or Sound Transit’s Alert Page.