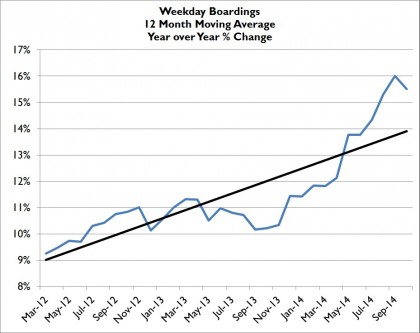 The bad news: October saw the lowest percentage growth in Link ridership in the past year and half. The good news is that still translates to 6.8% growth with an additional 2,079 weekday boardings compared to October 2013. 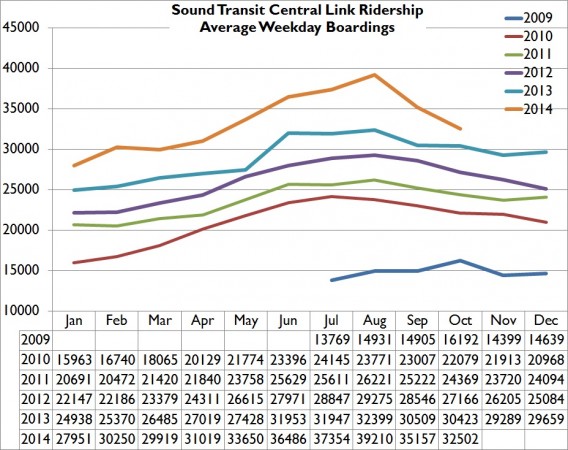 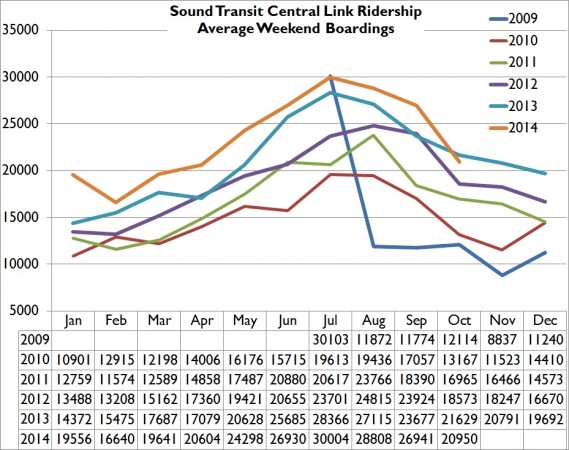 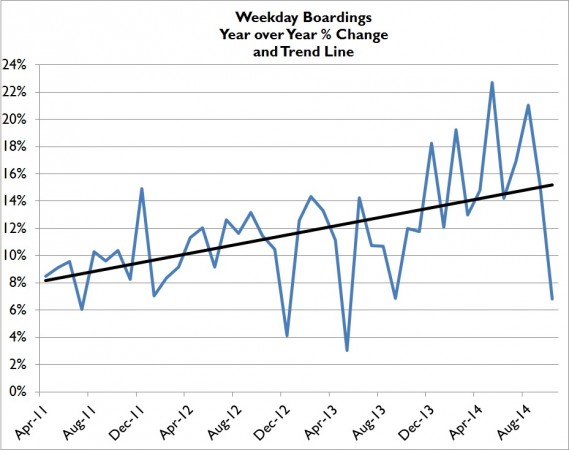 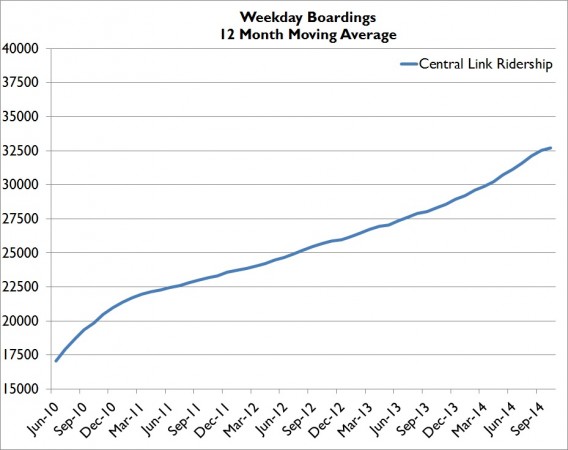 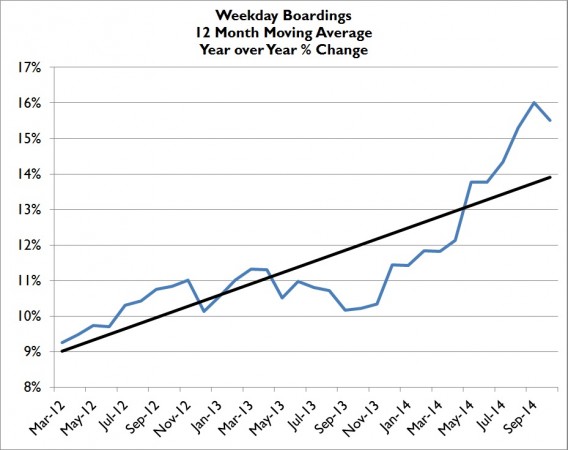