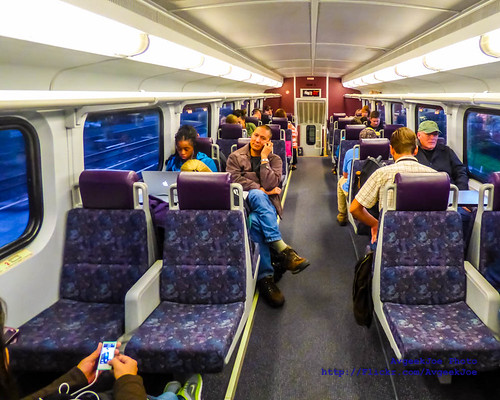 Author photo inside a Sounder North from last autumn

Just an acute head’s up January 22, 2015 [Thursday], 1:30 pm – 4:00 pm, Union Station, Ruth Fisher Boardroom, 401 S. Jackson St., Seattle will have as a report to the board, “Sounder North Service Protocols” right before public comment.  Hoping there will be dialogue about preemptive cancellations of Sounder North when there’s high slide risk and also the history of how Sounder North hasn’t exactly panned out as promised (such as STB noted back in 2012 and I’ve said there’s a license to kill Sounder North).

Have a last-minute schedule conflict (SIGH) so I won’t be able to attend in person (as probably 99% of Seattle Transit Blog readership due to work issues).  Hopefully before the end of business Friday, Sound Transit will please have the video on their website.

As I’ve said before: If you want to make your views known to the Sound Transit B0ard – EmailTheBoard-AT-soundtransit-DOT-org .  Now is the time…

3 Replies to “North by Northwest 43: Sounder North on the Thursday Sound Transit Board Agenda”