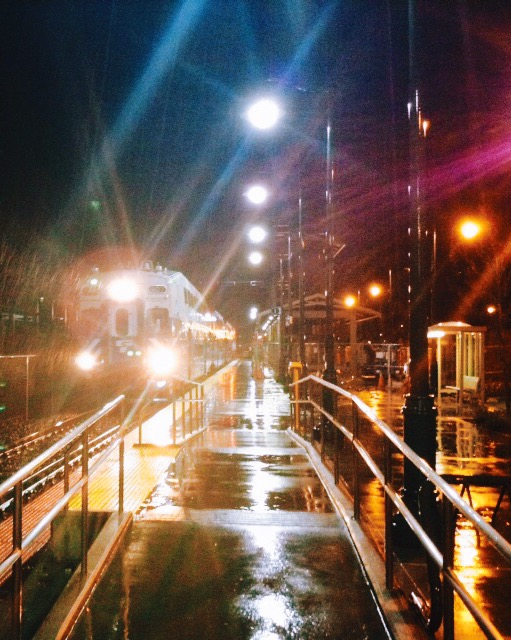 The Sound Transit Board received a presentation from Martin Young, Sounder Commuter Rail Operations Manager of the new protocol to cancel Sounder North service.  Deputy CEO Mike Harbor explains that a small slide that blocked a Sounder North train inspired the briefing. Video is 78:35 into this link.  Below are the slides for you to browse through.

After going through the slides, Sound Transit’s spokeswoman Kimberly M. Reason explained the three USGS predictive tools are “rainfall, rainfall intensity and soil saturation” (see here), but also that “Sound Transit uses weather forecast data and information on field conditions to inform service decisions.”  Although Sound Transit attempts to make a decision “the afternoon before the day of service”, there is no firm deadline to make a decision before — or during — a Sounder North run.

Due to this new protocol, Sound Transit was able to call off Seahawks home game trains right before the first train was to start when a slide occurred on Sounder North. The risk of a slide stopping a scheduled run remains before the Mukilteo multimodal terminal‘s arrival (hopefully in 2019) with staff and real-time data.

Personally speaking, I’ve said previously there’s a license to kill Sounder North at some point due to safety plus per-rider daily operating cost. That view may be a minority one, and if the service continues I want a decent Return On Investment coupled to the best landslide prevention efforts humanly possible. If you disagree with me and want to keep the service, go ride it.  I probably will if there is little or no precipitation that day or the night before, and the new protocol keeps working.  At least now Sound Transit is proactively minimizing the risk of catastrophe.

Special thanks to Kimberly M. Reason of Sound Transit for her outstanding help in getting this information to my readership.