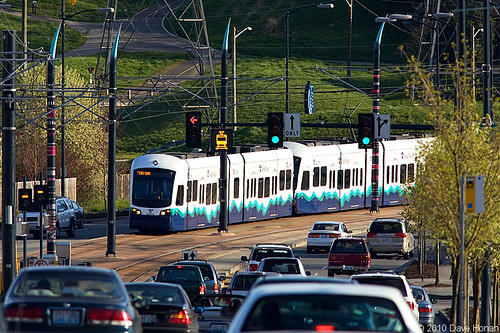 Because I have a one-track mind, my immediate reaction to the Vision Zero list was fear that lower speed limits on MLK would slow down the Link trains there, where traffic signals currently enforce the 35mph limit.

Luckily, that’s not the case. Sound Transit spokesman Bruce Gray says “We have no plans to change our operating speeds along MLK,” and SDOT representative Rick Sheridan says “We do not anticipate any changes to the operating speed for light rail.”

I think this is the right call. Our regional transit spine needs to be fast. Professional drivers operating in an intricately designed signaling system need not have the same safeguards as ordinary people with uneven levels of distraction. Most importantly, fast transit gets people out of cars, and that will save more lives than slowing down trains.