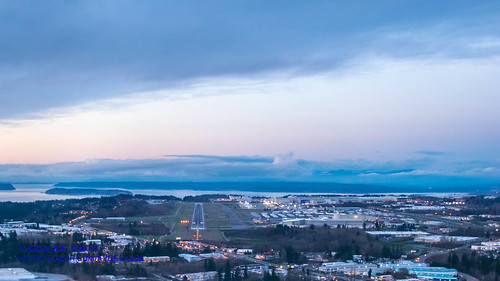 For transit advocates, we know that a) Paine Field needs more Community Transit service to more Paine Field tenants (e.g. Future of Flight currently at the top of a hill!  Flight schools!  Flying Heritage Collection!) and b) Sound Transit 3/ST3 will likely include a Paine Field transit terminal of some type.  So I figure it’s of interest to most of the Seattle Transit Blog readership that in recent weeks the Snohomish County Council is fast-tracking a proposal to have Propeller Airports build a 2-gate terminal at Paine Field with a possible vote on the lease option Monday at 10:30 AM in their chambers.

Much of this renewed advocacy for Paine Field commercial service arises from City of Everett Government leadership whose Everett Transit has punted to Community Transit who then punted to Paine Field governance in regards to building bus stops around Paine Field tenants.  Something to file away…

Again, the Snohomish County Council will consider voting on the lease option Monday at 10:30 AM.  If approved, according to the Mukilteo Beacon with my emphasis,

The company would have three years to finish an environmental assessment. It would have exclusive rights to the property. It would pay Snohomish County $3,575 per month, or one-tenth of the lease agreement.

After that, it could sign a 30-year lease with two optional 10-year extensions. Propeller would pay to build and operate the terminal. It would then pay the county $35,755 per month, plus hundreds of thousands of dollars in mitigation fees.

One would hope with traffic a major concern for local residents and Community Transit’s issues with serving Paine Field, if this proposal gets to the environmental assessment point these commute concerns will be heard.  Also worth noting: It will be well into the 2030s if ST3 is approved before light rail can make it to Paine Field.  At least Swift II will be in the vicinity as a potential remedy but without building more bus stops… and without good communication between Community Transit, Paine Field governance and Paine Field tenants on transit services these issues may just fall through the cracks. Again.

As an aviation geek/avgeek, I have made public these concerns and others as well.  Many thanks to the Everett Herald for publishing.

Finally, for reference, our STB Senior Editor Martin H. Duke wrote about the last serious proposal to put commercial service into Paine Field in 2010.  The take is a bit different than mine…

Programming Note: Sorry I’ve been quiet lately, but just as you can see above busy as the photo is from 20 February.  I do need to write up a follow-up on WSDOT Transit Grants though… with focus on Whidbey :-).