This is an interesting read on urbanisation in China.

Sprawl has resulted in populations becoming more thinly spread. China’s megacities are less dense than equivalents elsewhere in the world (see chart). Guangzhou could contain another 4m people if it was as packed as Seoul in South Korea; Shenzhen could be larger by 5m. Extending outward takes a toll: slow commutes from far-flung suburbs increase fuel consumption and cut productivity. 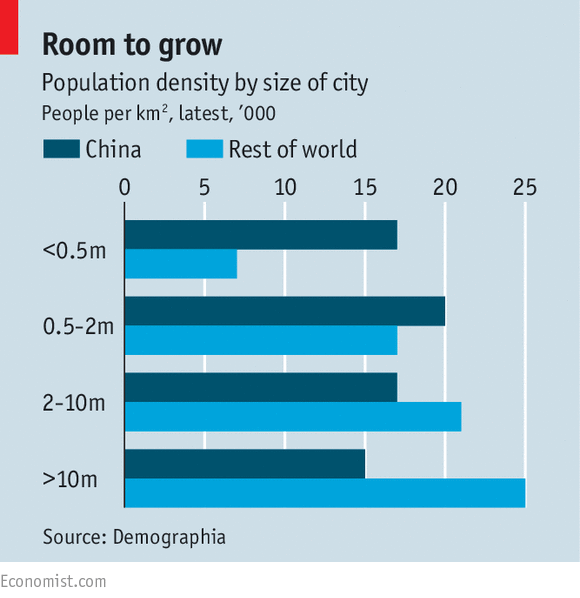