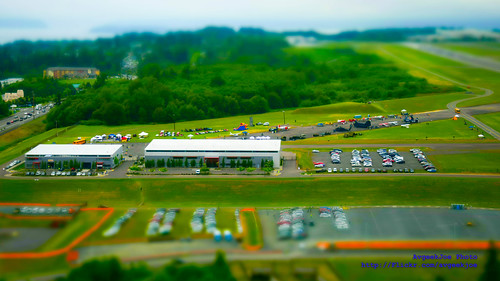 My aerial photo: Here in Nikon D5300 Miniature Mode is Historic Flight Foundation at 10 AM On Paine Field Aviation Day at 10 AM^

Figure since many of you in the Seattle Transit Blog comments have some concerns about future Paine Field transit service and in particular light rail… let me give you some updates:

^Yes, I write long photo titles :-).  I also wanted an aerial photo that showed more than the Future of Flight.  Below Historic Flight Foundation/HFF will be a major park & ride in a few years.
*Help accomplish like light rail to Ballard, I just expect support for more, better bus service to all Paine Field tenants in return from you commentors.

21 Replies to “North by Northwest 64: Update on Paine Field…”