For over a year now, Amtrak Cascades schedules have been incorrectly printed on their website, reading backwards in the southbound direction, both on mobile and on desktop platforms. While tech mistakes happen and are eminently forgivable, not having processes in place to quickly fix crucial pieces of information – such as a basic timetable – is inexcusable. Passengers have a basic right to correct information, and they have a right to have its accuracy prioritized. Over the past several months via Twitter, I have submitted multiple requests to fix the schedule, to no avail. We have been told that it’s a ‘tricky fix’ that they are working on. In the meantime, Amtrak’s stock schedule is much more legible. 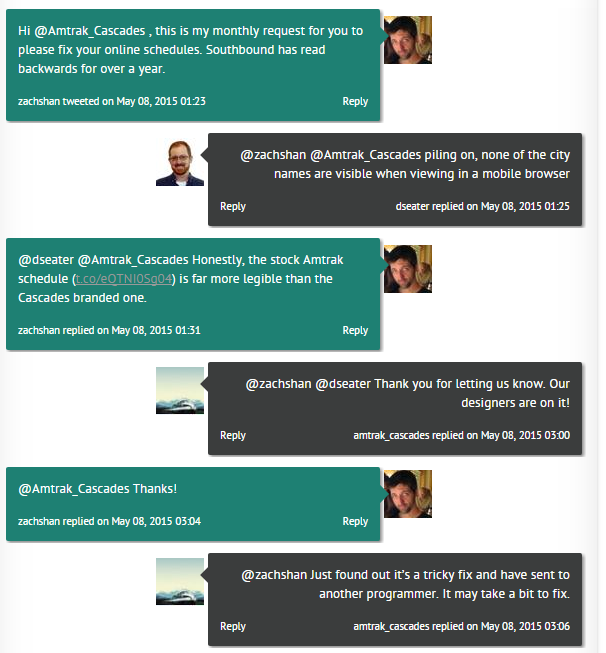 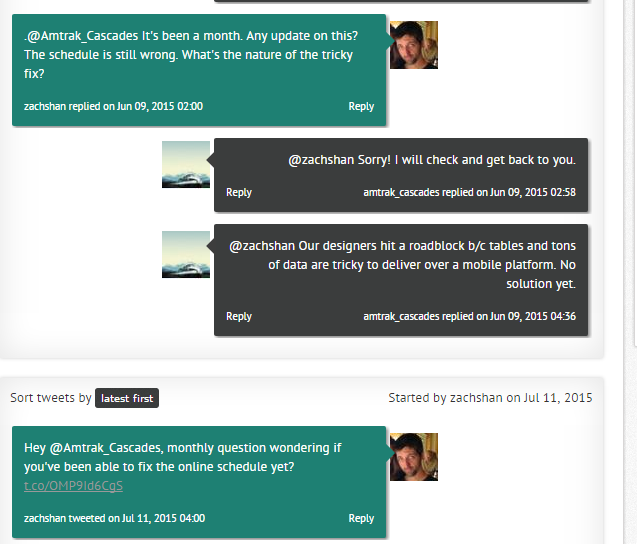 Given the tech talent among STB readership, maybe some of you would be willing to offer to help out WSDOT pro bono with basic data tables? Please email offers of assistance to WSDOT’s Amtrak Cascades Marketing Lead Laura Kingman,