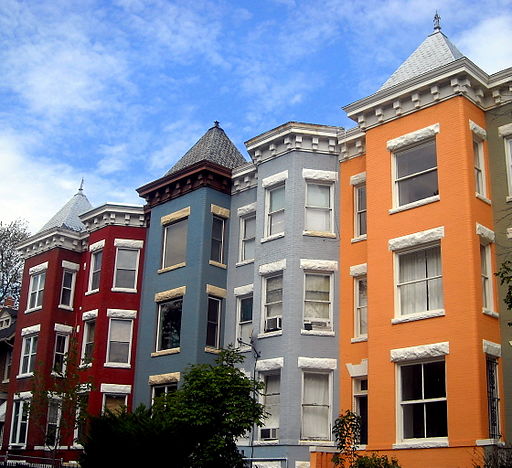 As supply-and-demand skeptics are fond of pointing out, real estate is not an undifferentiated commodity, but in fact is a variety of products tailored to a wide range of tastes and requirements. One of the more difficult customers to serve under current urban market conditions is large households, in the most conventional case families with multiple children. As Josh Feit argued a few years ago, failing to do so is not only a tragedy for those families, but also for the city as a whole.

The housing shortage cuts across all parts of the market, but it’s hardest to see a simple solution for large households. In multifamily zones, market-rate development scarcely builds any 2-bedroom units, and 3 bedrooms or more are rare indeed: only 2% of multifamily units in 2009. Some households will win the public housing lottery, but everyone else will bid up the existing single-family stock, a stock that is fixed by simple geometry and the urban growth boundary.

There are denser housing forms that can easily tolerate larger households, like townhomes, row homes, duplexes, and triplexes. All of these tend to larger unit sizes and often include a yard that many might consider important for children. The buildable land in multifamily zones, already inadequate to meet multifamily demand, is likely too precious for much of this construction. That’s why the HALA plan opening up single family zones was the best chance to prevent them from becoming (remaining?) economically exclusive communities.

Council Candidate Lisa Herbold argues that flexibility in single family zones will threaten displacement from affordable single family homes. But current law doesn’t prevent a landlord from renovating or rebuilding a single-family home to be more valuable and displacing the tenant. When this redevelopment occurs, the only difference between the law allowing a triplex and demanding a single home is that it forces two additional households out of Seattle. Whatever compassion we feel for displaced households should also extend to those who never get to live in our city in the first place, solely due to arbitrary regulations.

The HALA plan, if enacted, will do a lot to meet some (but not nearly all) of the demand for housing in Seattle. But the missing HALA upzone creates a hole that tomorrow’s large families will slip through.

90 Replies to “Leaving Out Duplexes Leaves Out Large Families”