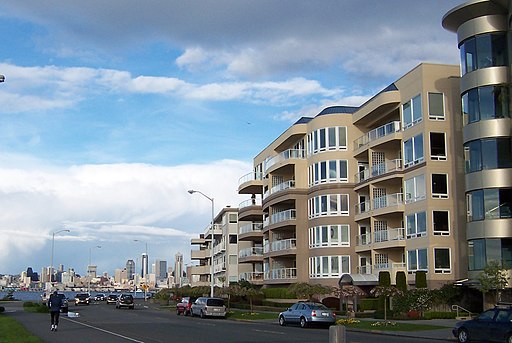 For quite some time now, the debate over density has immersed itself in the language of affordability. Density advocates, quite reasonably, cite supply and demand, while unsophisticated detractors correlate development with rising rents. More sophisticated detractors instead cite displacement as a downside, as development indeed sometimes displaces existing tenants on a given property.

While there are technical definitions for various bands of affordability, to ordinary people “affordable” means “affordable to my peer group.” An apodment isn’t affordable if your peer group is families with children; it’s not part of your housing universe and doesn’t address your difficulty in finding housing. Likewise, there is inexpensive market-rate housing in Rainier Beach. It stinks to have to move there if you’re on Capitol Hill, but “I’m not rich enough to avoid a poor neighborhood” might not be a humanitarian crisis worthy of a policy response.

Although it’s obvious that increasing rents have forced some people out of their homes, their neighborhoods, or even their cities, the problem with the affordability formulation is that is suggests bad solutions. A higher minimum wage has many merits, but more affordable housing is not one of them.

At root, Seattle has not an “affordability” crisis, but a housing shortage. Rents increase not because ownership and construction have become much more expensive, but because demand outstrips supply. Any “solution” that doesn’t dramatically lift supply is simply rearranging whose desire to live in Seattle is denied. In a pure market system, the high bidder wins. A rent-control system favors the longtime resident and the well-connected. And socialization of all housing (to take an extreme no one is proposing) will benefit whomever the politically favored groups are at the time. In any case, someone is left out, and that’s a damn shame from an environmental, economic, and compassionate standpoint.

The only way out is to maximize unit construction. That means neither single-minded focus on market-rate construction nor on public housing. A policy response that doesn’t address supply for the whole range of the market — housing for all income levels; students, retirees, large families; newcomers and longtime residents  —  is an incomplete one.

207 Replies to “Better Vocabulary for the Housing Debate”