Following up on yesterday’s ridership report, here are three charts to file in the back of your head the next time you hear an ostensibly pro-transit voice arguing that scalable transit investments “could be done better and more cheaply with buses.”

The first chart shows that if Link were its own transit agency, it would now be the 5th largest in the state, behind only Metro (to whom no one comes close), Washington State Ferries, the rest of Sound Transit, and Spokane Transit. This despite being only a single 15-mile line that serves little current density. 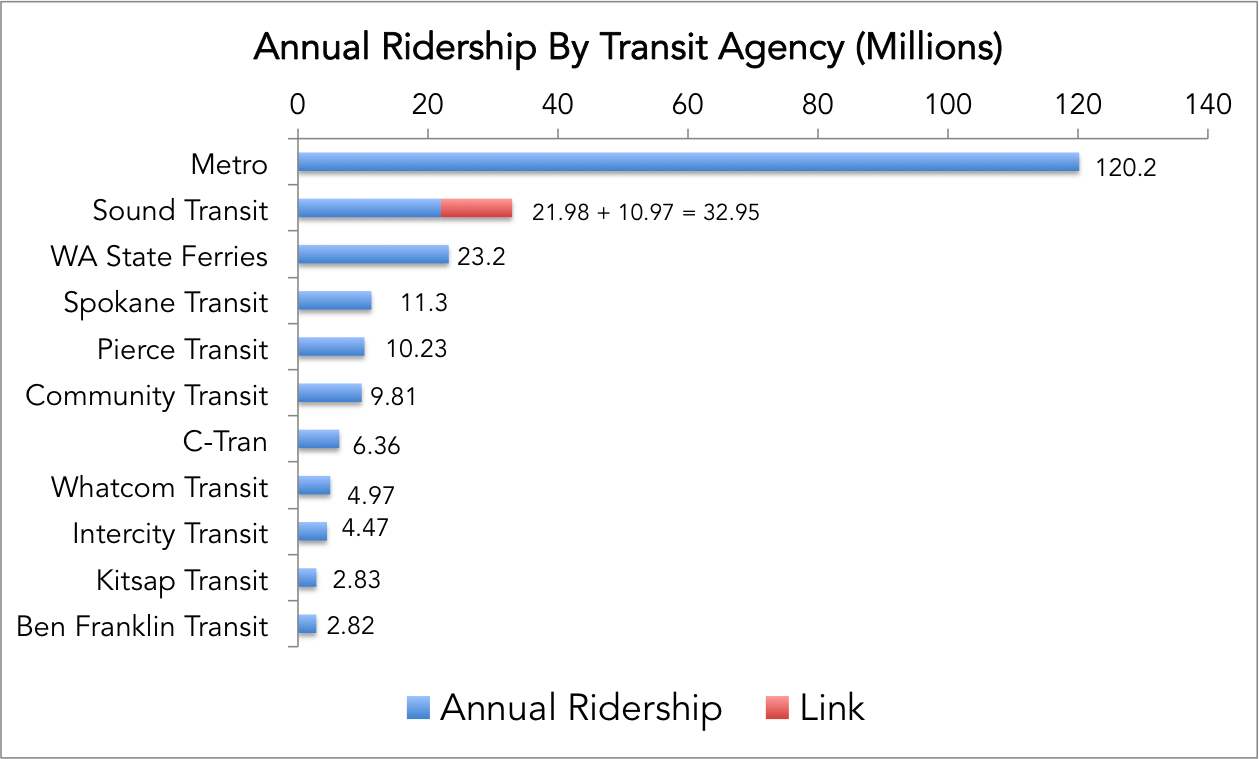 The second chart shows Metro and Sound Transit ridership by route.  Link is in a league of its own, and it’s just getting started.  Link has triple the ridership of any other single transit route in the region. 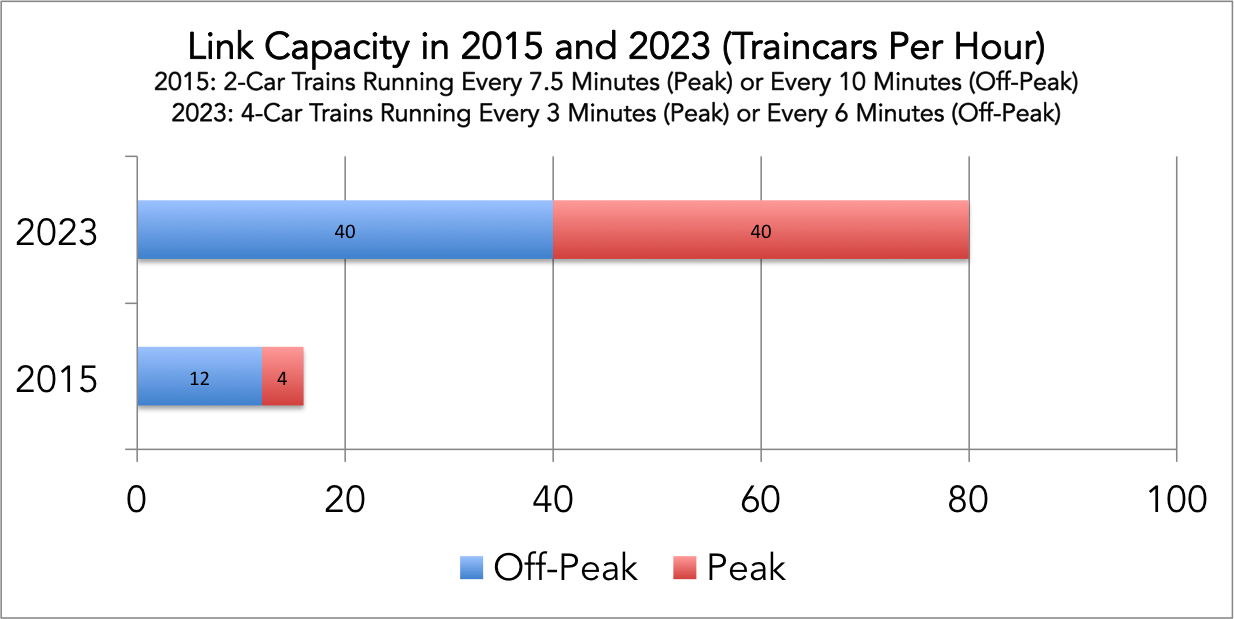 The third chart shows Link capacity today and in 2023. At full ST2 buildout, with 4-car trains running every 3 minutes, Link will have between 4-7x more capacity it has today. I can’t wait to vote on ST3.

Link is far from perfect. Its speed is compromised by at-grade running on MLK, it misses the commercial heart of the Rainier Valley, its stop spacing is too wide in its tunneled sections etc etc. But it still rocks, and its performance will increasingly be a difference of kind not degree. Where scalability and capacity matter, there’s nothing like high-quality rail.