Since its launch back in 2000, Sounder Commuter Rail has had a split personality, with its South Line widely heralded as a smashing success and its North Line as, at best, a series of disappointments. Except for Tacoma and Lakewood, both lines are considerably faster than their bus counterparts in peak-of-peak, and they scale incredibly well when the demand is there, as the marginal cost of adding railcars is almost nothing as long as platform lengths are sufficient.

But beyond the most commonly reported metrics – riders per train and daily ridership – I thought I’d check in on ridership trends between stations and look at things like average load factor. Who rides from where, and how full are the trains on average, etc? Who rides between intermediate, non-Seattle stations? How many people ride the reverse peak trains?  Charts, data, and commentary after the jump.

Appendix D of the 2015 Service Implementation Plan (page 163) has a wealth of data, including boardings by station by time of day, including the two reverse-peak trains between Seattle and Tacoma. The charts below are my own, while the table is from Sound Transit. Looking at the data, several interesting trends stand out: 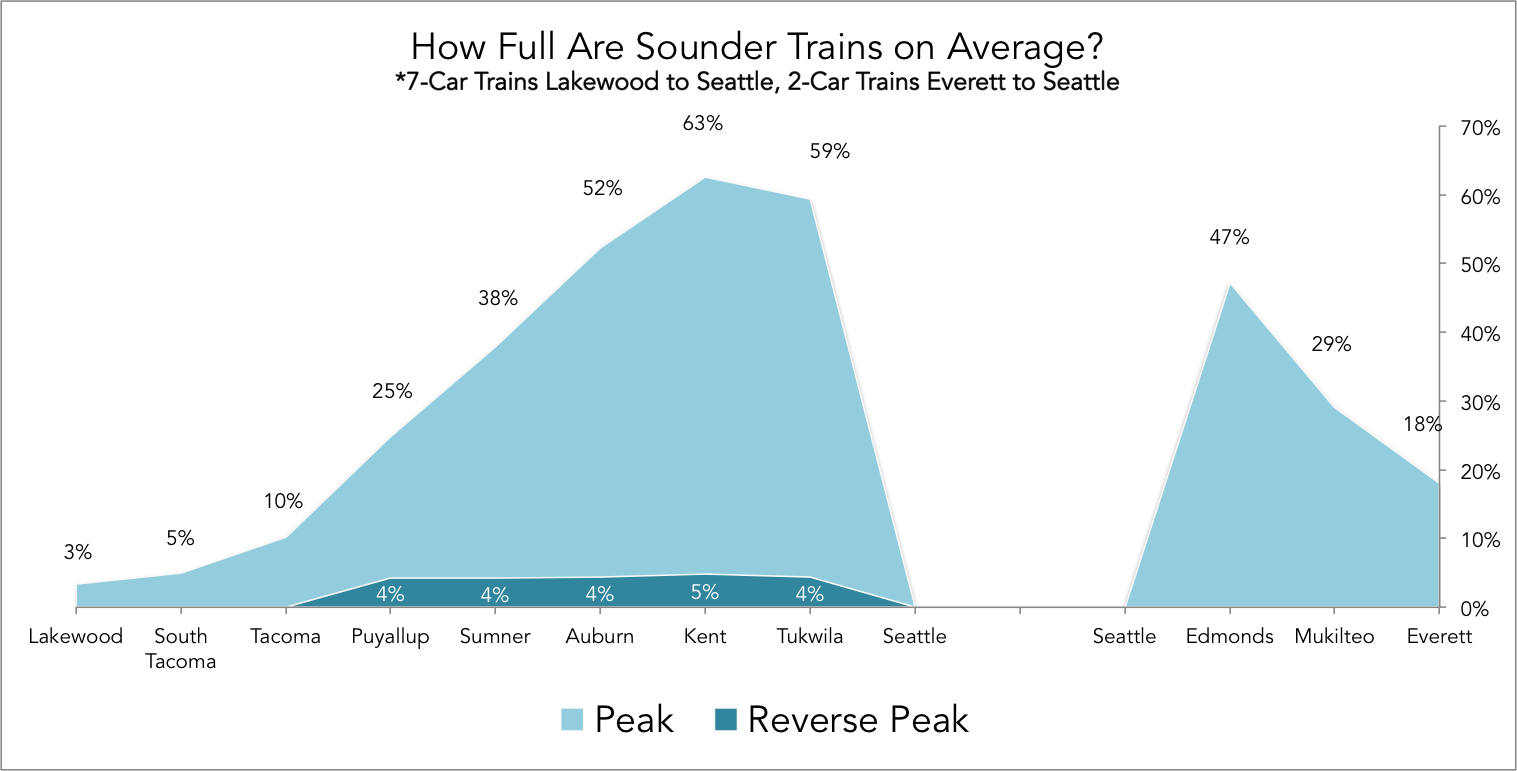 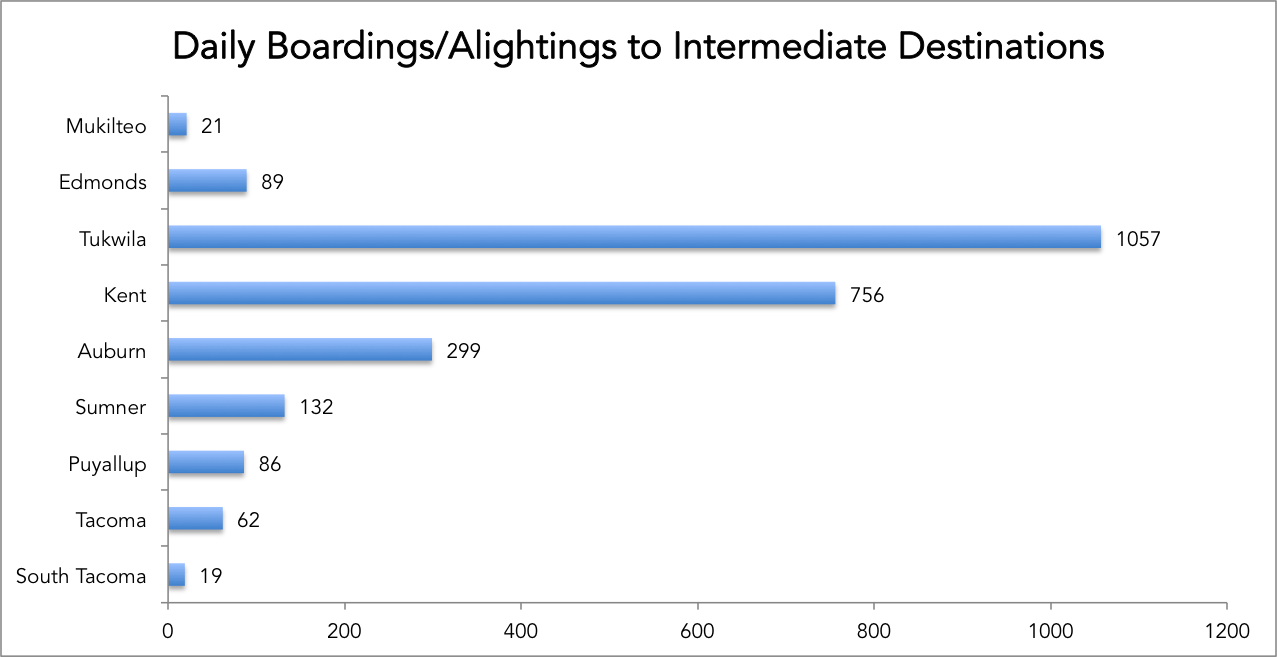 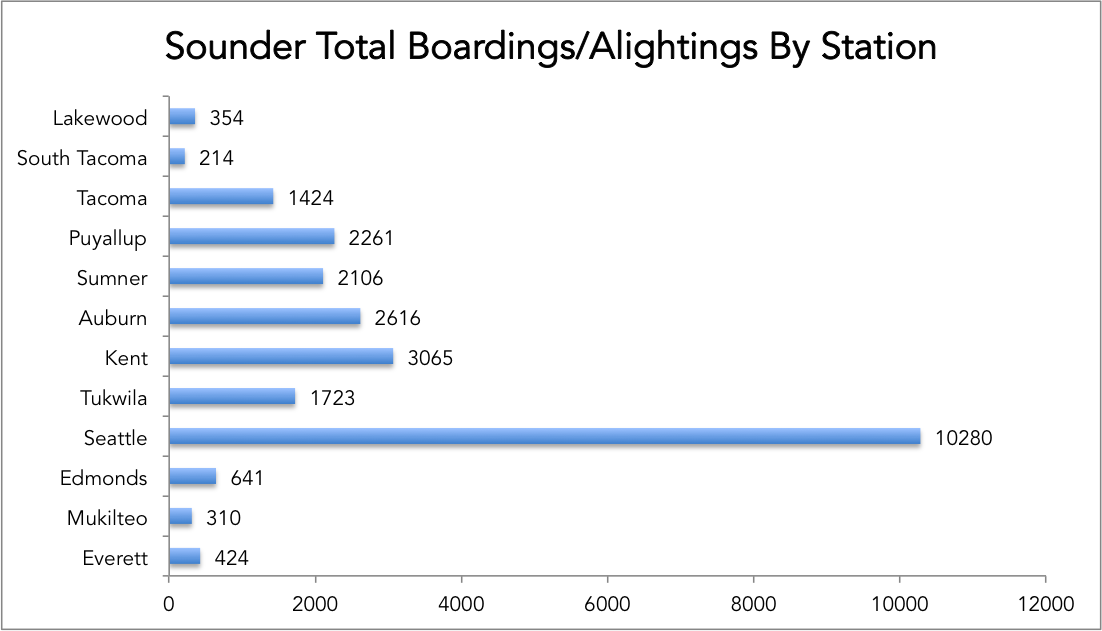 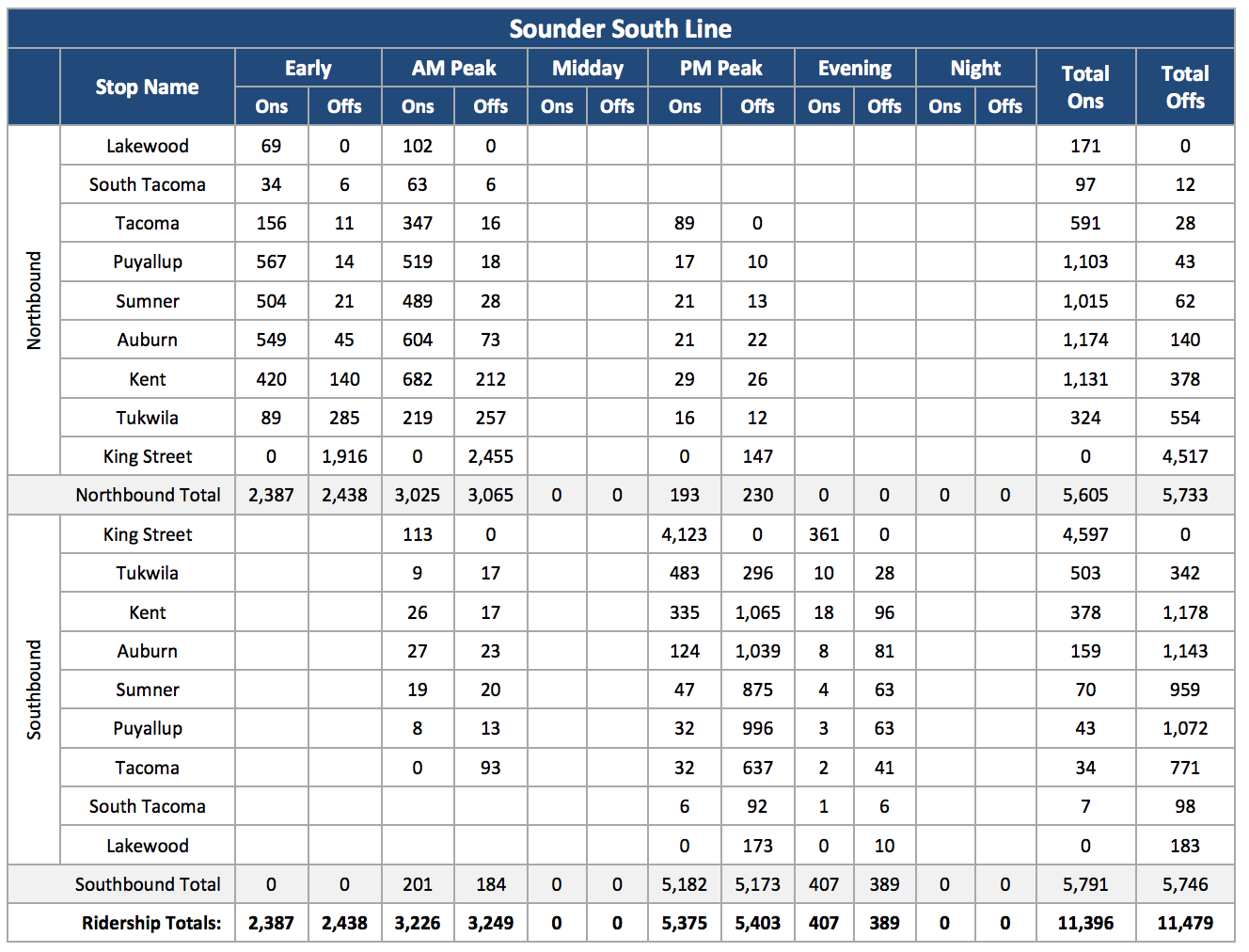 97 Replies to “Sounder Ridership By Station”