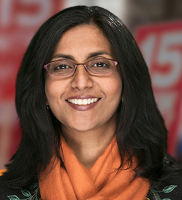 Earlier this week, Councilmember Kshama Sawant announced a sweeping set of proposals with the stated purpose of helping small business while flanked by local small business leaders. Two of those proposals relate directly to land use and transit. People simultaneously encouraged by Sawant’s categorical support for transit, and apprehensive about her attitude to market-rate development,* will find a lot to confirm their biases. I chatted with Sawant staffer Ted Virdone about the two relevant policies: tax increases for more nighttime buses and rent control on commercial property.

Ms. Sawant proposes to restore the $25-per-employee**-per-year  “Head Tax”, with an exemption for small business but removing previous exemptions for employees that use carpools or transit. Council Central Staff estimates that this would generate $4.8m in 6 months of operation in 2016, or close to $10m annually. Furthermore, a 5-point increase in the commercial parking tax (CPT, now 12.5%) would generate about $15m annually. By my calculation, this would fund roughly 200,000 annual service hours, or 548 additional hours every night of the year.

According to Mr. Virdone, this is more than shoring up the night owl network that he described as “skeletal”. Service today gets less and less frequent on the daytime network as the evening progresses, finally switching to a handful of night owl routes sometime after midnight.

Virdone said that SDOT would determine the actual route allocations, but the Council’s instructions would limit the new services to “between the end of the evening peak and the beginning of the morning peak.” Among the objectives they would provide SDOT would be “transit options for drinkers to get home” when the bars close, access to working-class late-night jobs, and anything else likely to generate ridership in those hours. He said Ms. Sawant was “open to input” about other transit demands in the wee hours.

There’s a lot to like about this proposal. Late-night service doesn’t have much to do with “congestion relief,” but it does provide alternatives that discourage drunk driving. Sparse late-night service is also a significant obstacle to car-free living, which transforms transportation choices in a cheaper, more sustainable, and healthier way.

Many pro-growth people will be more ambivalent about another component of the plan, rent control on commercial spaces. There aren’t many details yet. Councilmember Sawant proposes a “statement of legislative intent” to form a “task force of small businesses,” which would almost certainly include various city officials. “The Statement of Legislative intent is silent” on whether city departments might invite other stakeholders, like landlords, says Virdone. But that’d ultimately be up to the implementing city departments. The legislation would only single out small business representation because, he says, “small businesses are often shut out of the decision process.”

The task force would make recommendations for a specific policy. Virdone says that “probably the outcome of that task force would be some sort of percentage limit on increases with caveats, exceptions, and nuances.”

Price Controls often lead to shortages in the regulated commodity. Roger Valdez brings up this very point before pivoting to an attack on Mike O’Brien’s vote against corner stores, which I would agree is more serious transgression against space for small businesses. He also notes that landlords are often also small businesses. On the other hand, the city makes some interventions that increase commercial property supply, like requiring first-floor retail in many developments, whether or not there’s a market for it. In the end, it’s not clear what the cumulative effect on the market equilibrium commercial real estate supply would be. In any case, Ms. Sawant has injected interesting policy questions into the waning days of this election cycle.

In Crosscut, David Kroman reported doubts that Sawant’s office had checked with the City Attorney’s Office before announcing that commercial rent control was legal under state law. Virdone told me he’d “had a conversation with them a few months ago” but he couldn’t share the substance due to attorney/client privilege. He did point me to the relevant spot in the RCW, which to this layman seems consistent with Sawant’s position.