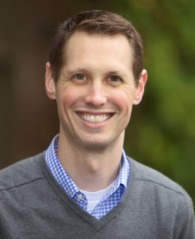 Though Sound Transit 3 won’t be on the ballot until next year, the recent elections will have a direct impact on ST3, shuffling 3 of the 18 Sound Transit Board seats. The current board will get one crack at the ST3 project list at a December 4th Board Workshop (more on this soon), but new boardmembers will be appointed early next year and will be highly influential in shaping the eventual ST3 package, both in critical board votes and (more importantly) in behind-the-scenes negotiation.

As County Executives are automatic appointees to the board, incoming Snohomish County Executive Dave Somers will appoint himself to replace outgoing John Lovick. Current boardmember Claudia Balducci represents the board as Bellevue Mayor but was just elected to the King County Council, and current boardmember and County Council chair Larry Phillips will retire next month, replaced on the County Council (but not the Sound Transit Board) by Jeanne Kohl-Welles. And that’s where things get interesting.

As a refresher, Sound Transit’s enabling legislation determines the board’s composition, with RCW 81.112.040 laying out the following criteria:

Given these requirements, here is the composition of the current board, and my best sense of what the 2016 changes will do to it: 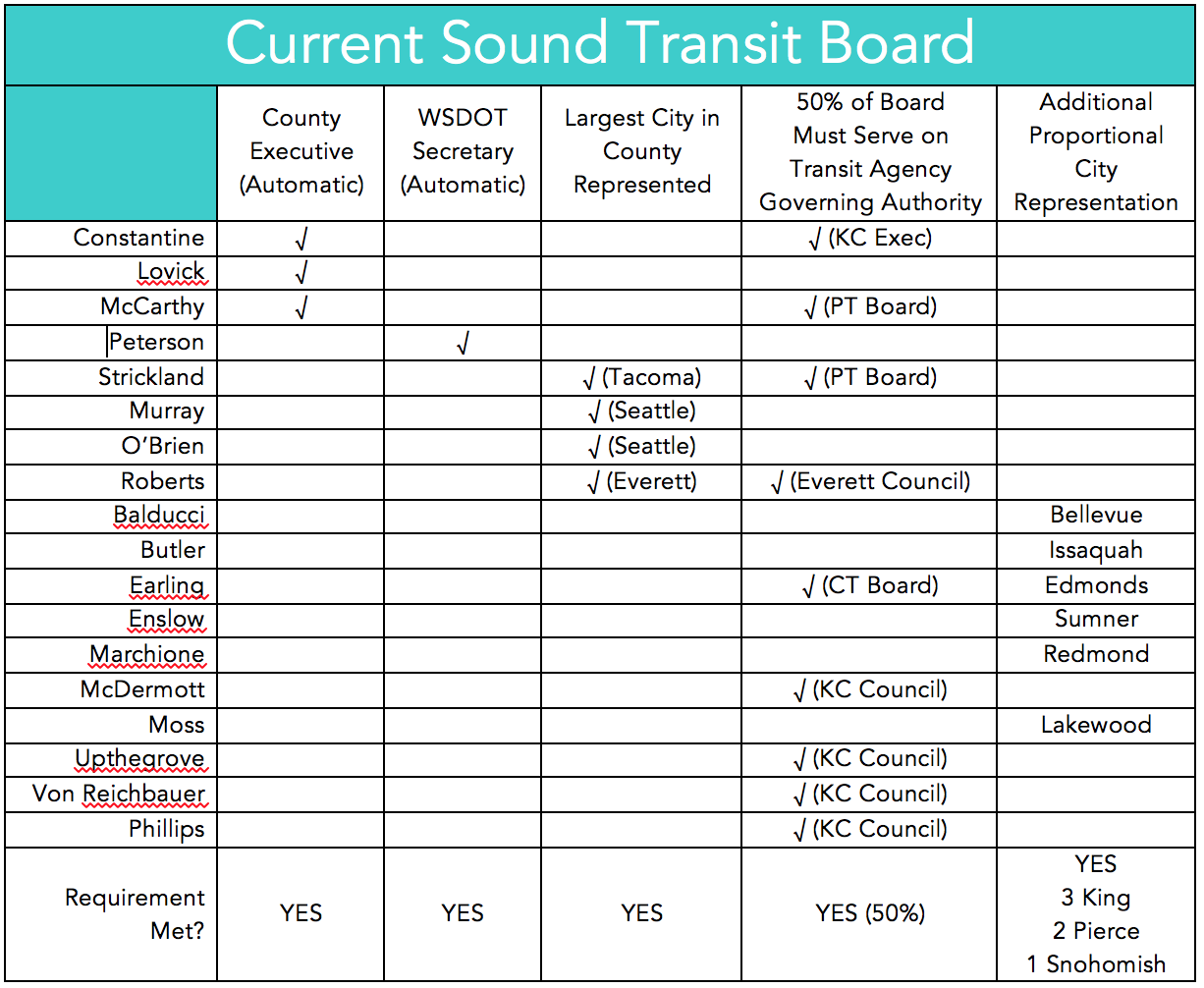 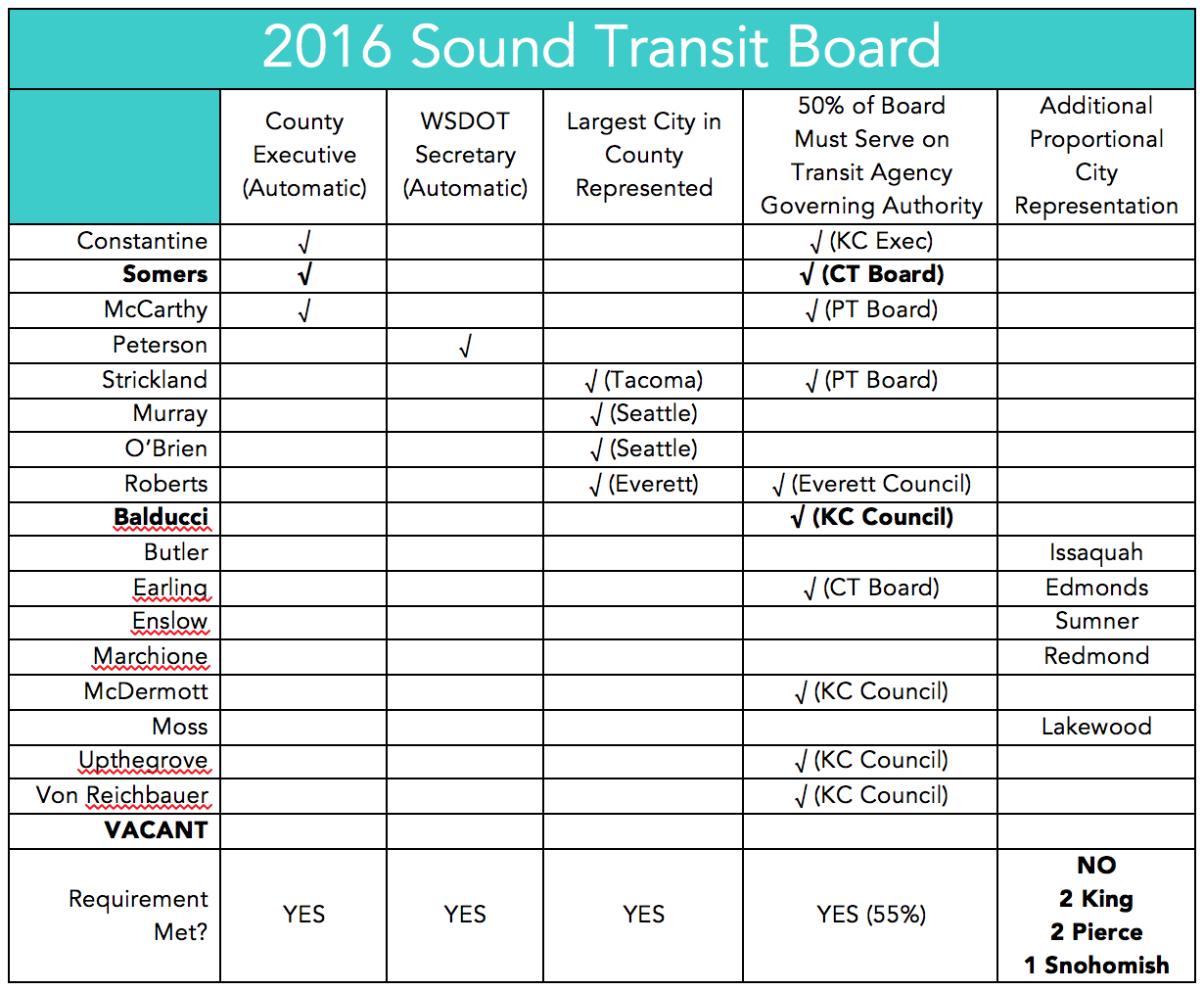 If Balducci remains on the board representing King County District 6 – Mercer Island, most of Bellevue, and parts of Kirkland, Redmond, Bothell, and Woodinville – she will ostensibly replace Larry Phillips as a County Councilmember and “member of a transit governing authority”, which opens a slot for a representative from a King County city. If, sensibly, Executive Constantine feels that the new Bellevue mayor should serve on the board alongside Balducci during East Link’s construction, that would effectively dilute Seattle’s representation heading into ST3, leaving just Mike O’Brien and Mayor Murray representing Seattle.

From a Seattle perspective, there a couple ways around this. One would be not to renew Balducci’s appointment, appoint the new Bellevue mayor, and pick either a Seattle city councilmember or a Seattle-based King County Councilmember. The other would be to let Bellevue’s representation run through Balducci and then select a Seattle representative. Among the options here are a slew of relatively uninspiring names when it comes to transit policy, including Jeanne Kohl-Welles, Larry Gossett, Rod Dembowski, (likely) Lisa Herbold, (likely) Bruce Harrell, Kshama Sawant, Debora Juarez, and Lorena Gonzalez. Better options might include Sally Bagshaw or Tim Burgess. But the best option of all might be incoming Seattle City Councilmember Rob Johnson.

Keeping Balducci while keeping strong Seattle voices on the board seems like the best outcome. This is just the beginning of this conversation, but it’s one that should happen in the open. The public should be advocating for a representative that is technically literate, well-versed in transit policy, passionate about the subject, and ready to make key ST3 decisions from day 1. Rob fits that bill, and it’d be great to see Dow consider him for appointment.

32 Replies to “Rob Johnson for Sound Transit Board?”