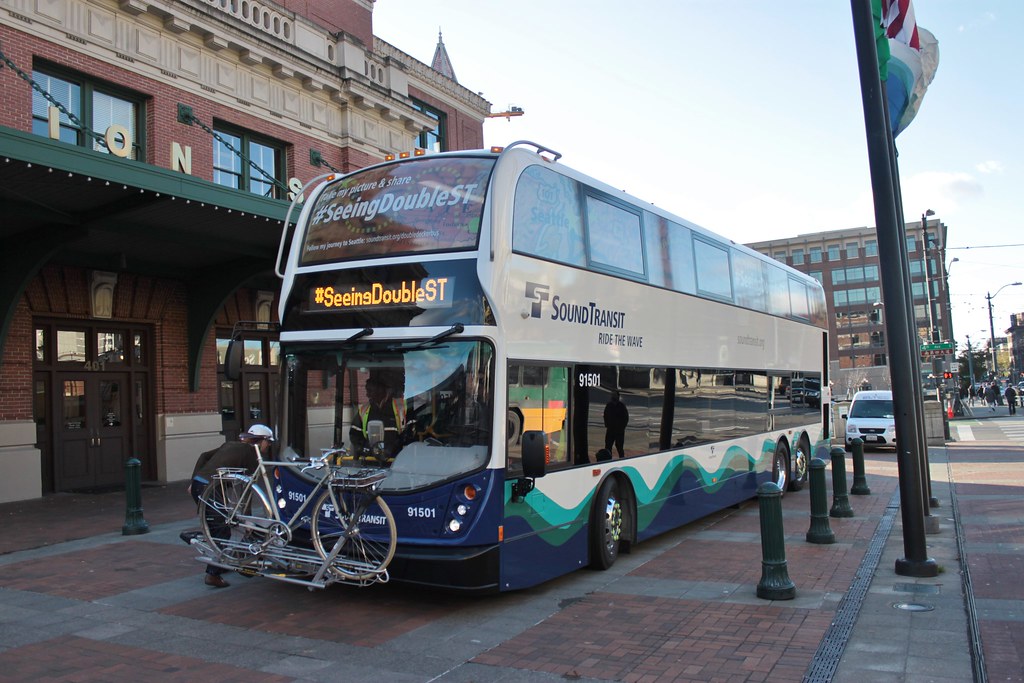 This morning at Everett Station, the first of five new double-decker buses began regular service on Sound Transit Express routes. The double-decker buses, ordered in March 2014 for approximately $5 million and first proposed in November 2013, are identical to the second generation of Alexander Dennis Enviro500s that Community Transit debuted last month and will be operated by the agency’s drivers on contract with First Transit.

Measuring 42 feet long and 13 feet, 6 inches tall, the buses can seat 82 and accommodate some standees on the lower deck. The stairwell has a monitor with four camera feeds of the upper deck, allowing riders to know if there’s room upstairs. There’s a few backwards-facing seats at the back of the bottom deck over the wheel wells. Out front is a triple bike rack manufactured by Sportsworks.

The buses will be used on crowded runs of routes 510, 511 and 512, with some possible testing on other ST Express routes able to move forward once the full fleet is in service.

The first coach, numbered 91501, features a wrap around the upper deck with the hashtag #SeeingDoubleST, which is being used to promote the new buses.