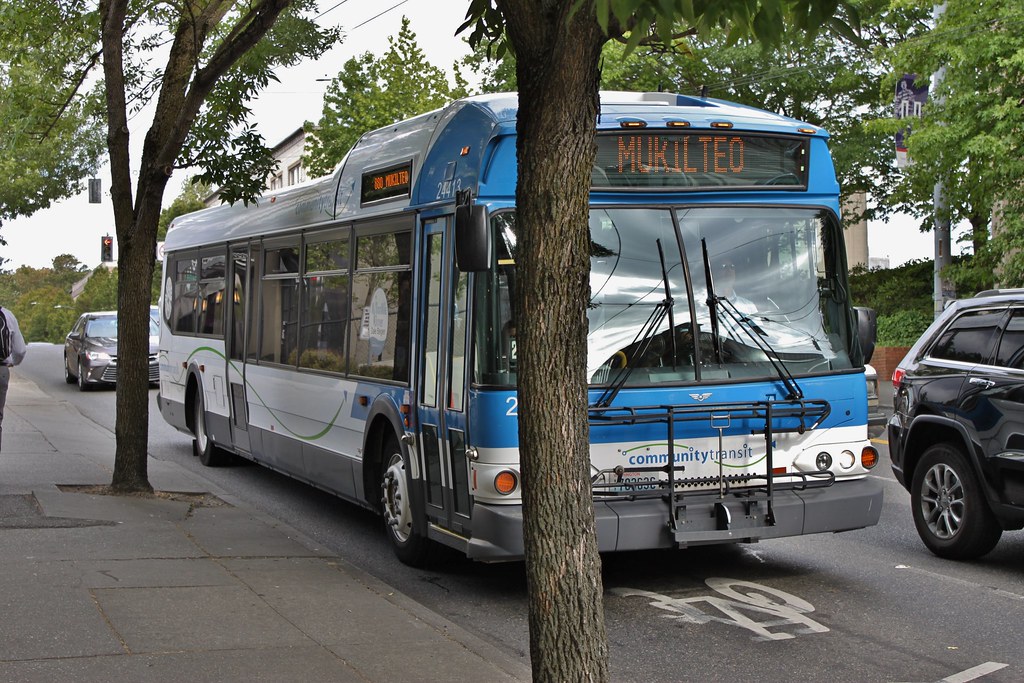 Obstructed view of route 880, which will see all trips extended to the Mukilteo ferry terminal beginning next March. (photo by author)

The official results of the November 3, 2015 election have been certified, with Community Transit victorious in their campaign to fund additional transit service with a 0.3% sales tax increase. Just over 100,000 residents in the taxing district cast their ballots, approving Proposition 1 by 51%.

Although the new sales tax will not be collected until April 2016, and not received until June, Community Transit will be using some of its reserve funds to add 3,300 hours of new service beginning March 13, 2016. The agency is planning a major service expansion in September 2016, which will require months of public input as well as time to prepare more buses and drivers.

The March 2016 change will add 15 new bus trips, extend 6 existing trips, and increase the span of service on some routes:

Route 415 (Seattle-North Lynnwood) – One weekday northbound trip will be added at 3:15 p.m.

Route 421 (Marysville-Seattle) – One weekday southbound trip will be added at 5:15 a.m.

Swift (Everett Station-Aurora Village)– Two early morning trips are being added to the Swift bus rapid transit line along Highway 99. One new trip will run in each direction starting at 4:40 a.m.

Route 112 (Mountlake Terrace-Ash Way) – Seven weekday trips will be added between 10 a.m. and 2 p.m. to provide 30-minute frequencies throughout the day until 7 p.m.