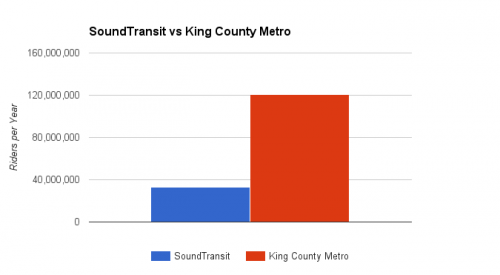 STB posts a monthly update on Sound Transit’s Link Light Rail ridership and Quarterly updates on Express bus service, and I thought it might be interesting to create a similar post on King County Metro’s ridership. We’re often excited about Sound Transit’s new service plans, but ST is still a very small player compared to Metro. Metro serves 3 times the number of riders of SoundTransit (that includes buses and light rail) and is the 7th largest bus system in the country (and the second most used Trolley Bus service in the country!), so it is important to keep a close eye on Metro. 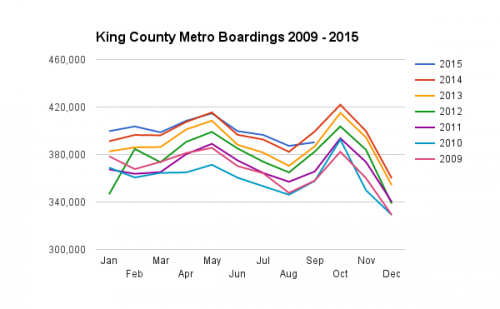 As you can see from this chart, Metro’s ridership isn’t moving fast. Average weekday riders are flat between this year and last, and have been up approximately 2% per year for the past 4 years (after a 2% decline caused by the recession).  Those small ridership changes are despite the deployment of RapidRide, big fare increases, various restructures, and the small service reductions of 2013. 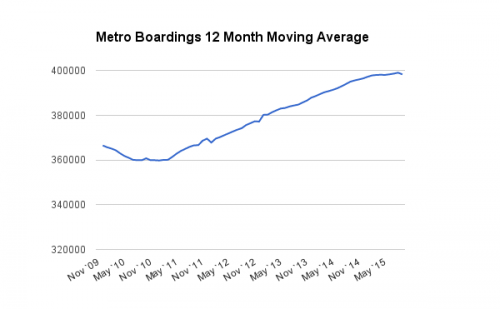 If you had a goal of increasing Metro’s ridership  by 10% in a year, how would you do it? In a future post, I’ll delve into some specifics about Metro’s ridership to show where the weak points are and what can be done to improve ridership.