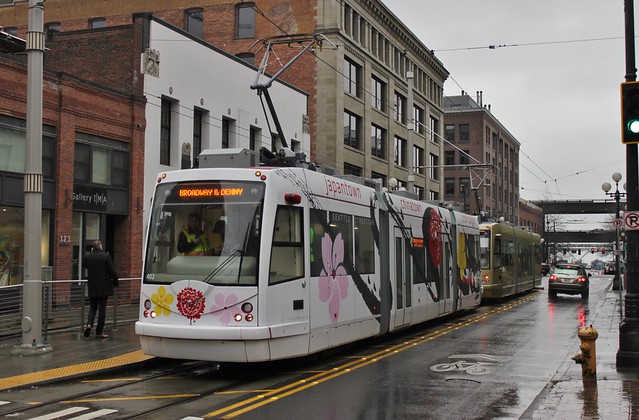 As a Capitol Hill resident I spent a good chunk of the weekend observing the belated launch of the First Hill Streetcar, both actively as a rider and passively as a nearby pedestrian. Though anecdotal observations should be taken with a grain of salt, of course, anecdotes confirming widely-acknowledged structural characteristics should be a bit more trustworthy. Here are a few things that I noticed:

Did you ride this weekend or this morning? What did you notice?