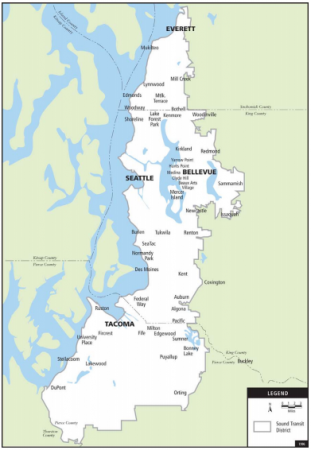 Last week’s story about a new bill to switch Sound Transit to a directly elected board got a surprisingly positive reception from some commenters. It entirely escapes me why pro-transit people might have this reaction, even if they’re prone to dismiss the Sound Transit Board’s decisions as “political.” That choice of words is irritating enough — implying that their preferred decisions are an objective ideal above politics — but the idea that more elections somehow makes the process less political is befuddling.

I’ve made the general case against directly elected boards before. The explicit justification for this bill is to make Sound Transit more “accountable.” However, the Sound Transit 3 plan will be very “accountable.” If people think it’s full of good projects, they should vote for it. If it’s full of rotten projects, they should vote against it. If it’s a mix of good and rotten projects, then this is a fine introduction to the process of legislating.

A common STB comment thread critique is that completing the spine to Everett and Tacoma is a poor investment. Depending on what you value, that may even be the case. But the project reflects a coherent objective: to deliver fully traffic-separated transit to as wide an area as possible, without sacrificing existing auto right of way. That may be too responsive to hyperlocal concerns, but board members solely responsible for representing their district in a Sound Transit context will amplify this dynamic, not neutralize it.

There is one perceived problem that a direct election would address. For people that object to the entire light rail project, the current architecture makes it hard to overcome County Executives that won’t nominate dedicated rail opponents. There are certainly pockets of the district that might elect anti-rail candidates that would do what they could to sabotage the process. Indeed, at the edges of the district the alternative to the spine is not focused investment in the core, but rejection of the entire project. It certainly wouldn’t result in a better light rail system. That’s why the usual Republican suspects are backing this bill, as they have past “governance reform” bills.

146 Replies to “An Elected Board Would Solve Exactly One “Problem””