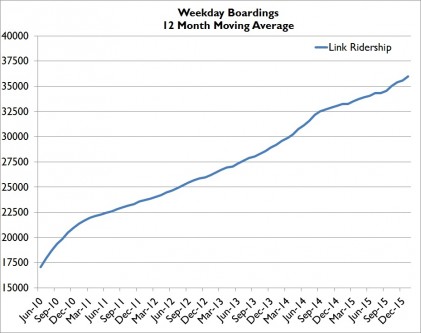 It’s becoming quite apparent that the October 2014 to September 2015 ‘slowdown’ (for the first time ever Link wasn’t growing by double digits) was in fact simply a reaction to the massive growth rate of the prior year. From October 2013 to September 2014, Link grew an incredible 15.9%. A significant portion of that was likely due to the Mariners having a great season boosting weekday ridership on game days. When the Mariners quickly returned to form the next year those ‘lost riders’ partially masked the sustained steady growth of Link that was still chugging along underneath. Link has now returned to its regular double digit growth.

My charts and some commentary below the fold. 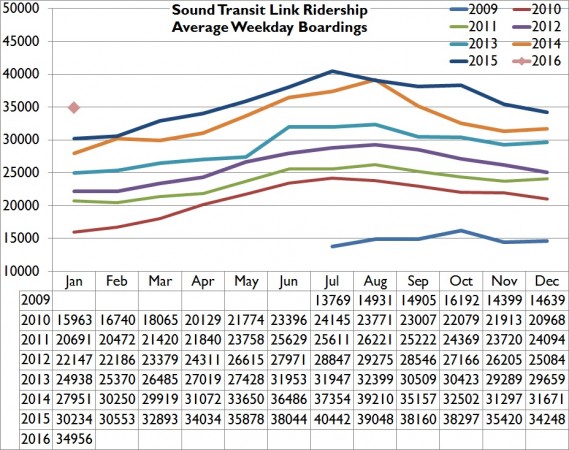 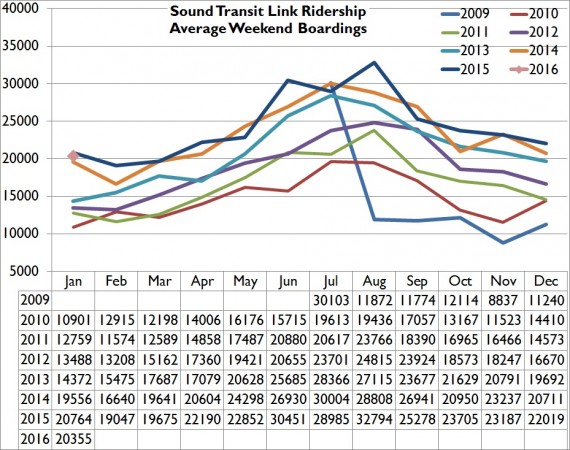 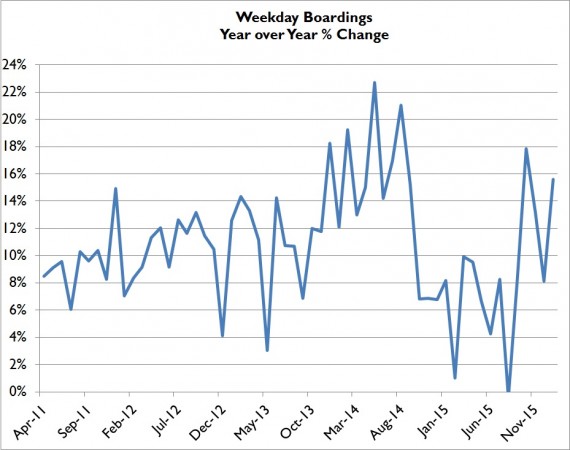 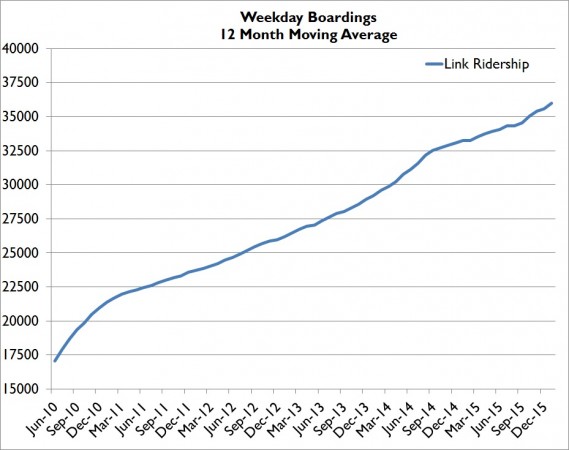 This is  something new, the same 12 month moving average data but sliced into years. Is it helpful? 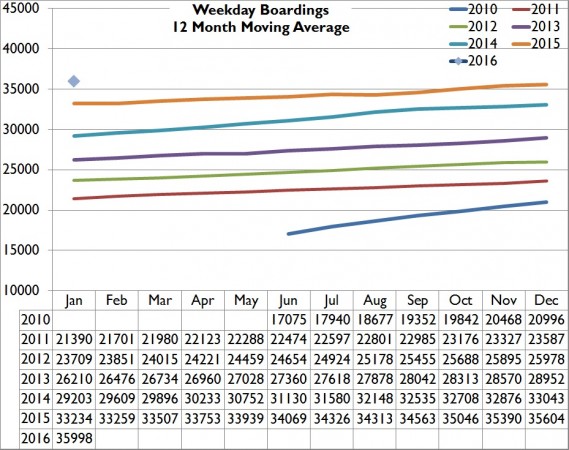 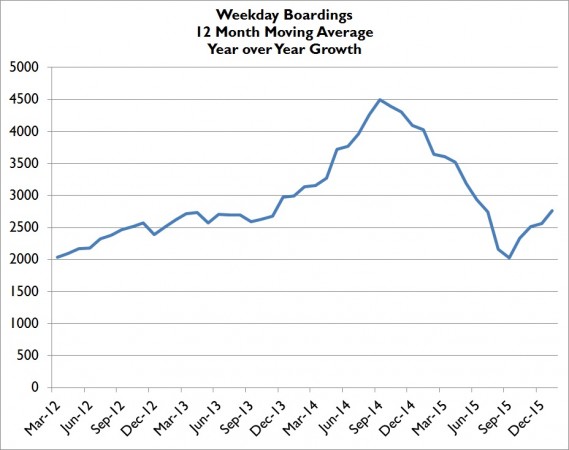 61 Replies to “Jan 2016 ST Ridership – Rumors of a growth slowdown are greatly exaggerated.”