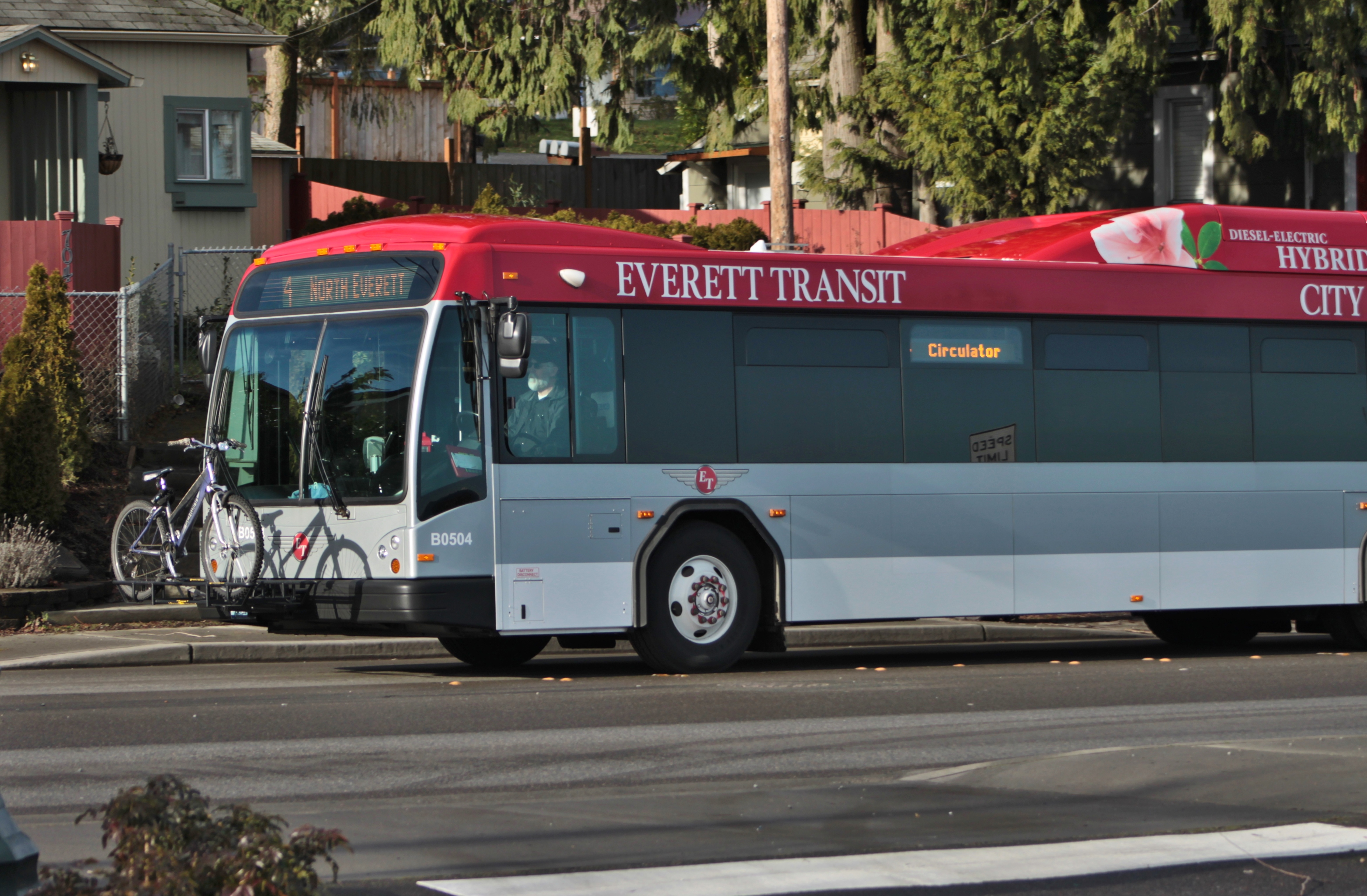 Everett Transit has laid out plans for some major service changes to its bus routes in North Everett and Silver Lake, slated to take place this August.

Under the new proposal, the North Everett Circulator (routes 4 and 5, which run in opposite directions in a loop around the neighborhood every hour) would be split and partially merged with existing route 17 (Everett Mall to Everett Station via Beverly Boulevard and Colby Avenue) to provide bi-directional service. The western half would become an extension of route 17 to College Station, while the eastern half would be route 4; as a result of the change, route 17 service would be extended into the weekend and run at similar times to the current route 5.

The second part of the proposal is a minor adjustment to route 7, one of the busiest routes in the city, in downtown Everett. Taking advantage of the newly-rebuilt Broadway Bridge, it would eliminate a few extra turns near Everett Station and restore the original route on Broadway used before 2012.

The third and final part of the proposal is the rerouting of all route 29 trips to serve the southern portion of Silver Lake, which is served by roughly half of the route’s trips on weekdays and a third on weekends. This would increase travel times by about five minutes, according to the current schedule.