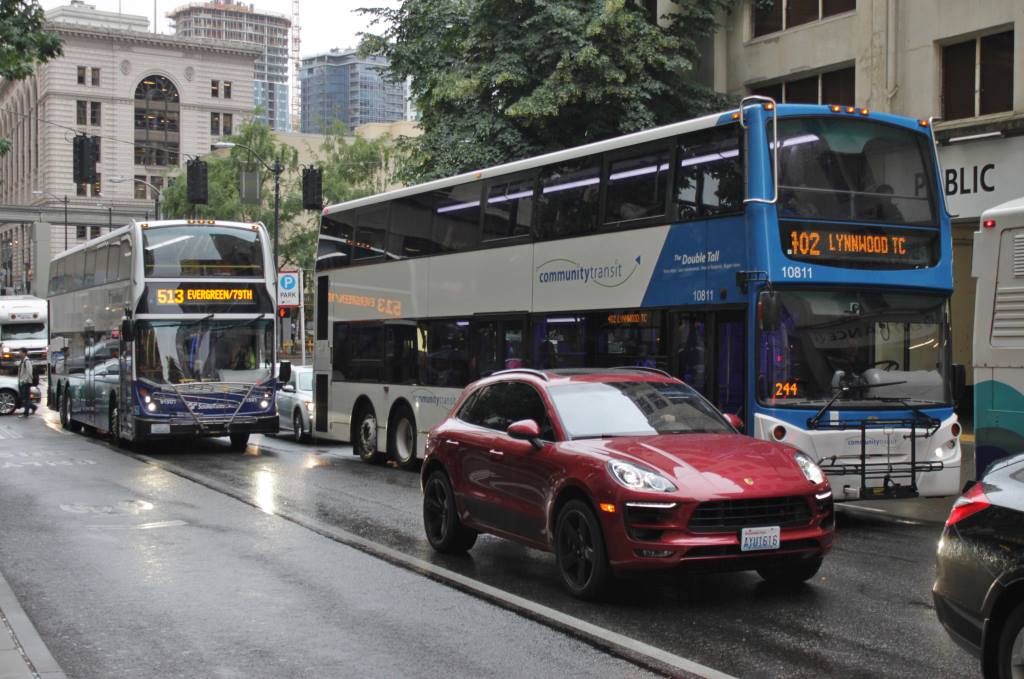 During Thursday’s meeting of the Sound Transit Board, a motion was approved to order 32 double-decker buses from Alexander Dennis for $33 million. The order is a joint procurement with Community Transit and Kitsap Transit for a total of 143 total buses; Community Transit will receive 57 buses for its commuter routes and Kitsap Transit will receive 11; Sound Transit also has the option to purchase 43 more buses at a later date, to support their goal of having all Snohomish County trips operated by double-deckers.

As part of the deal, 32 articulated buses currently used on ST Express routes in Snohomish County will be transferred to King County Metro, replacing older buses and being used for future service expansion.

Production of the buses will begin in November and delivery will begin in April 2017. The relatively fast turnaround and delivery was made possible by a new parallel production line at the Alexander Dennis/ElDorado National factory in Riverside, California. Each bus has 81 seats, a 30 percent increase over typical articulated buses, and is only 42 feet long.