Yesterday Sound Transit released its June ridership numbers, and Link appears to have found its new equilibrium: 65,000 weekday riders. Weekday ridership was nearly identical to may (down 0.7%), while total Link ridership of 1.8m boardings was up 1% over May 2016. These figures still represent 69% growth over June 2015.  However, June did set one Link record, being the first month in which Link averaged 40,000 Sunday riders. 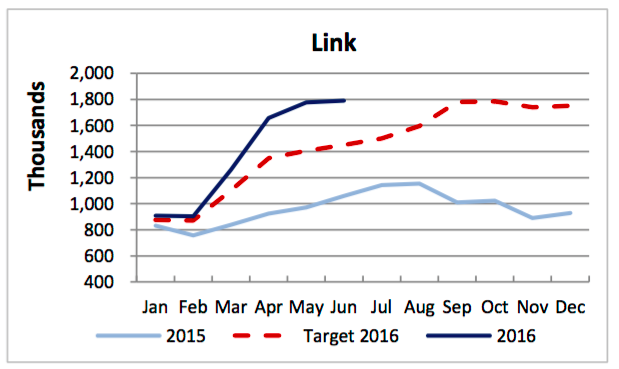 On-time performance has slowly degraded in 5 of the 6 months this year so far, falling to a low of 88.6%. Interestingly, since bus volumes are down due to the ULink restructure and because Link isn’t taking any additional tunnel slots,  Sound Transit attributes the decline in performance to passenger crowding slightly increasing dwell times. 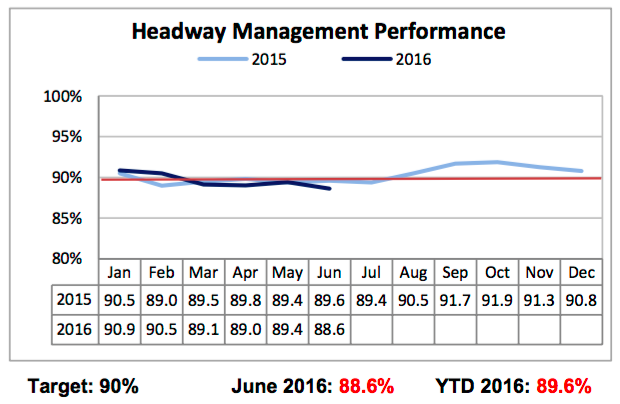