At a press conference this morning, Sound Transit CEO Peter Rogoff and Sound Transit Board Chair/King County Executive Dow Constantine announced that Angle Lake Station will open on Saturday, September 24th. Alaska Airlines is sponsoring the opening ceremonies to the tune of $25,000, with total costs for Opening Day expected to be just north of $50,000, more than an order of magnitude cheaper than ULink’s festivities.

At the risk of stating the obvious, no one would claim that the area around S. 200th Street in SeaTac is a booming regional destination. It is surrounded by highly regulated/inaccessible uses such as prisons and airport operations facilities, on the west by a wooded ravine, and on the east by the sort of mid-century sprawl so familiar to SR 99. Its inclusion in the transit network is minor enough that it didn’t merit any restructures or bus deviations to the station, and transfer activity there will be minimal. Those coming from the south on RapidRide A may want to switch to Link at Angle Lake instead of SeaTac for the guarantee of a seat, but access will mean crossing two signalized intersections rather than the direct access to SeaTac/Airport at 176th.

But with Angle Lake Station set to be Link’s southern terminus for the next 7-8 years, what is there to do there? Who are those likeliest to use the station? Here are 6 reasons to use the new station. 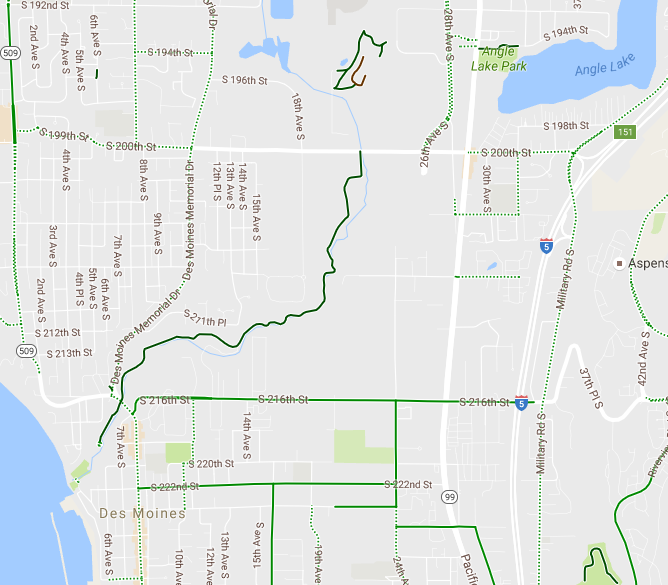