Sound Transit 3 isn’t the only “Proposition 1” on the ballot next Tuesday. Kitsap Transit has an ambitious proposal for year-round passenger ferries from Bremerton (July 2017), Kingston (July 2018), and Southworth (July 2020).

From May-September, the ferries would operate with all-day, bidirectional service from all 3 terminals, with an impressive span of service from 5am-9pm Monday-Thursday, 5am-11pm on Fridays, and 9am-11pm on Saturdays (no Sunday service). From October-April, the service would operate only during weekday peak periods.

Fares would be $12 round-trip, and travel time advantages would be enormous. Current state ferries from Bremerton are infrequent, and the trip takes a full hour due to speed and wake restrictions in Rich Passage. The Bremerton foot ferry would take only 28 minutes via a special high-speed, low-wake vessel. Travel time advantages would be even more pronounced for Kingston and Southworth, negating the need to transfer to Sounder or RapidRide C. 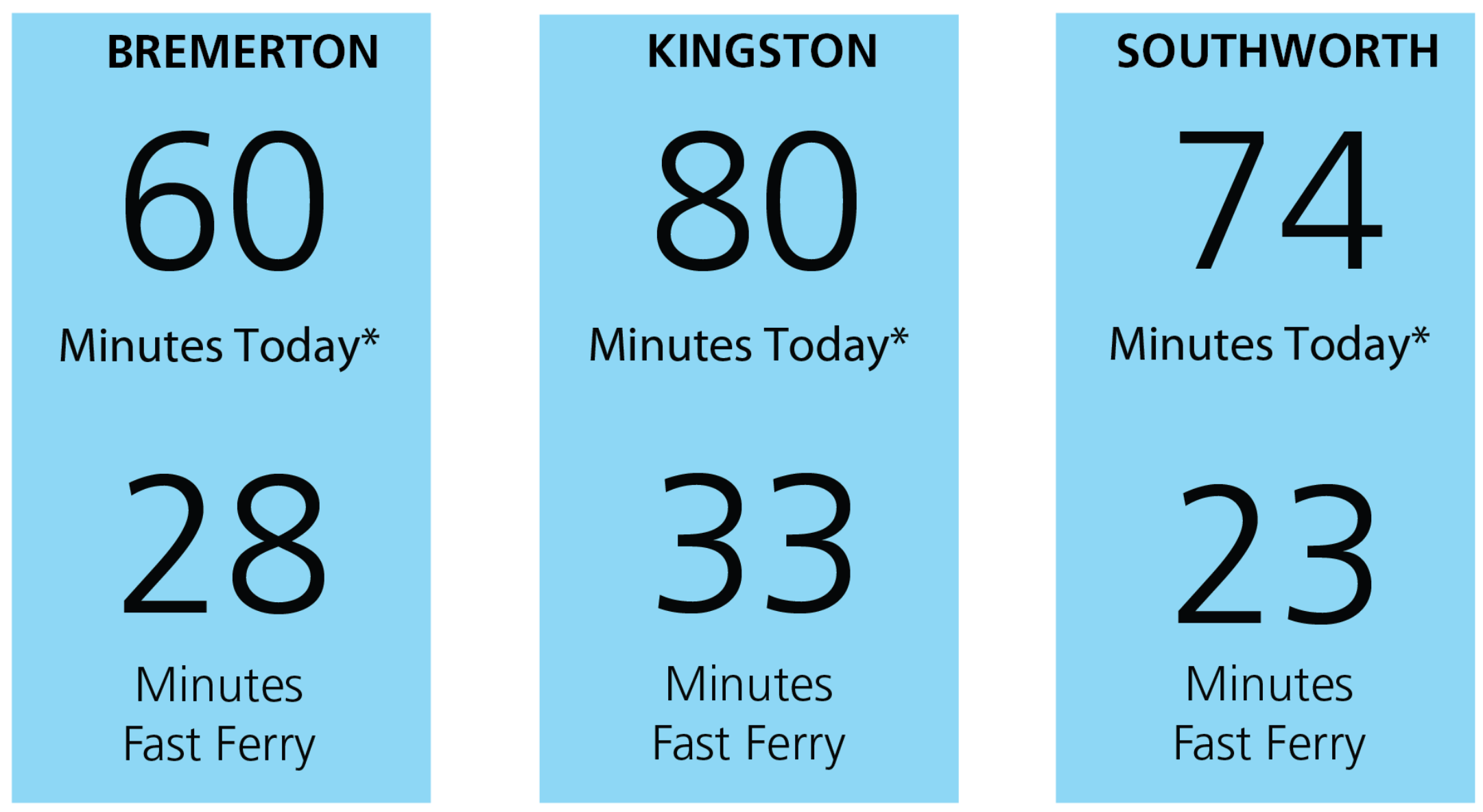 The service would be very expensive to operate, with the goal of 28% farebox recovery rate on a $12 retail fare meaning a round-trip cost of $30-40 per passenger, and a subsidy per boarding in the $20-$30 range depending on the route. Ridership is projected at 775,000 per year.

The current foot ferries between Bremerton, Port Orchard and Annapolis would also be funded by the new plan, freeing up $1.5m per year for local and feeder bus service, with a dividend of 23,000 additional bus hours due to Kitsap’s low service-hour cost of $65. This would enable Kitsap Transit to improve frequency on a handful of bus routes, but wouldn’t likely enable a full restructure of service (for reference, the SLU extension and splitting of RapidRide C/D cost 50,000 hours).

Kitsap Transit would also take a Sound Transit-like approach to operations, being responsible for capital costs, marketing, and fare policies, while the service would be operated by the King County Marine Division, meaning there would be a single operator at Pier 50 for the 5 separate foot ferry destinations (West Seattle, Vashon, Southworth, Bremerton, and Kingston). 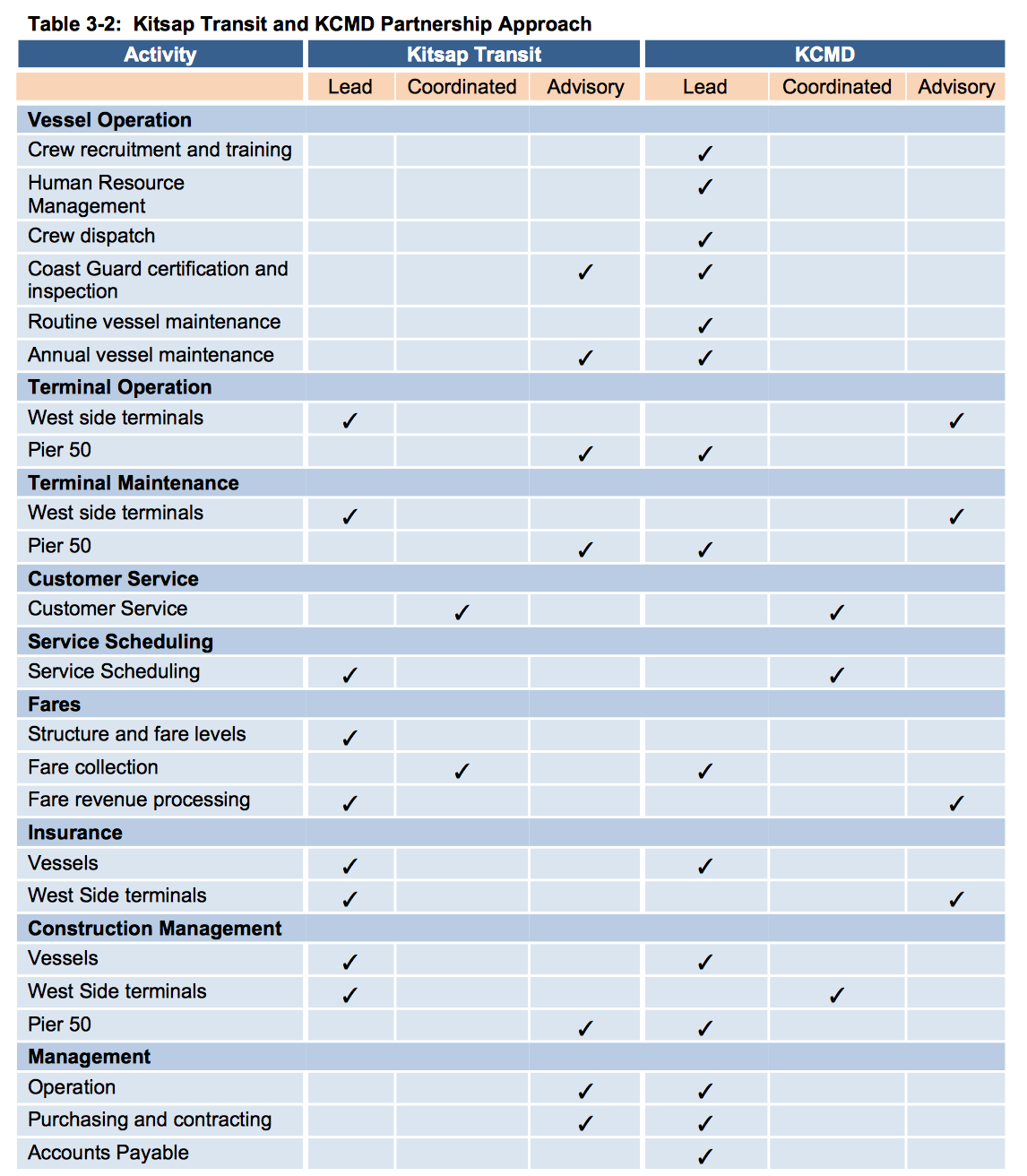 62 Replies to “Kitsap Transit Goes All In on Foot Ferries”