November was an incredible month for Link ridership, with 66,237 average weekday boardings, up 95% from November 2015. Though down from October’s 68,387, this represents the first November in which ridership was higher than July, continuing the shift away from seasonal tourist fluctuation. Recent weekend trends continued, with Saturday ridership surprisingly strong (+103%) and Sunday ridership surprisingly sleepy (+37%)

Other trends were not as happy. Sounder had a very difficult Q4, but mostly due to factors outside its control. BNSF construction just south of Auburn Station led to unreliable trip times, and on-time performance fell to 81% in November. Staff reported to the Operations Committee Thursday that Amtrak (Sounder’s maintenance contractor) failed to refuel enough locomotives on December 26, leading to cancelled trips the following day. Year-over-year Sounder ridership fell by -0.8% mostly due to losses on the North Line (-3.4%), as a switch in the order of 2 and 3-car trains led to overcrowding and customer complaints (which quintupled compared to September). Though BNSF construction will wrap up this month, Sounder has other operational challenges later this year, with likely service interruptions/bus bridges for the switchover to the new Tacoma Trestle this autumn.

Data and charts after the jump.

Average daily ridership for Link in November was: 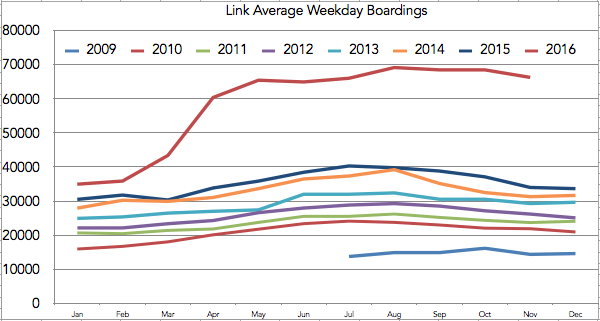 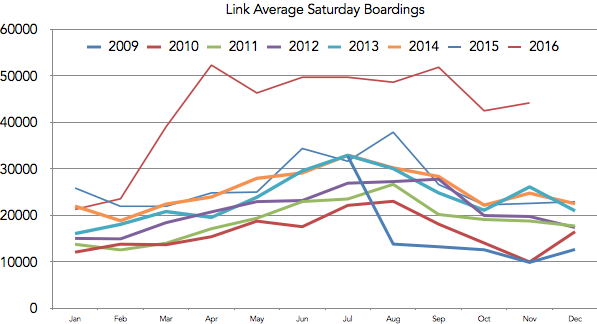 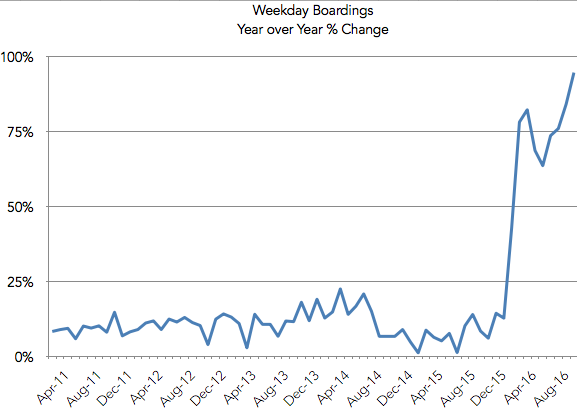