I am posting this density map as an adjust to my previous post “Notes from a Vancouverite” as an explanation of my stop on Queen Anne. 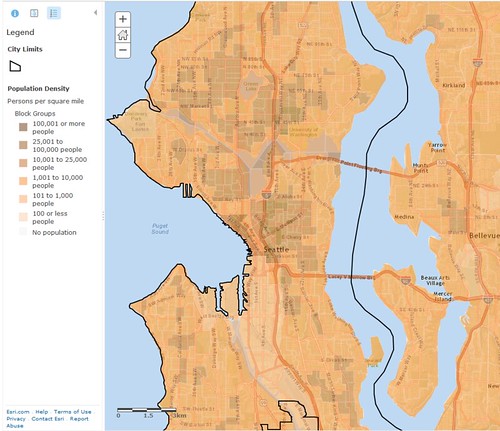 Taking into account the caveat that not all the darker area is in fact up the hill and also that the density variation within one colour is large, I still note that Queen Anne isn’t nothing.

7 Replies to “Notes on Queen Anne”