It tells you something about an agency’s workload when a $130m purchase of light rail vehicles isn’t the headlining agenda item. At Thursday’s packed-agenda Sound Transit Board meeting, the Board approved the vehicle buy, discussed the recent controversies relating to MVET valuations and Mercer Island litigation, and defended its record hiring disadvantaged businesses.

But the big news was a draft release of the agency’s blueprint for ST3, the System Expansion Implementation Plan (watch beginning at 51’00” in the video below). The plan details timelines for project development, design, and construction phases of all 24 concurrent projects, including remaining ST2 projects. Given the layer cake of local, state, regional, and federal jurisdictions with veto points over various aspects of construction, the report spends most of its ink discussing process improvements needed for further expediting of projects. These include streamlined permitting, earlier and more intensive public outreach, and significant internal shuffling for efficiencies. ST will also attempt to shave a year off of the time each project takes to get to an FTA Record of Decision (the final step in the environmental process), from 5.5 years to 4.5 years. 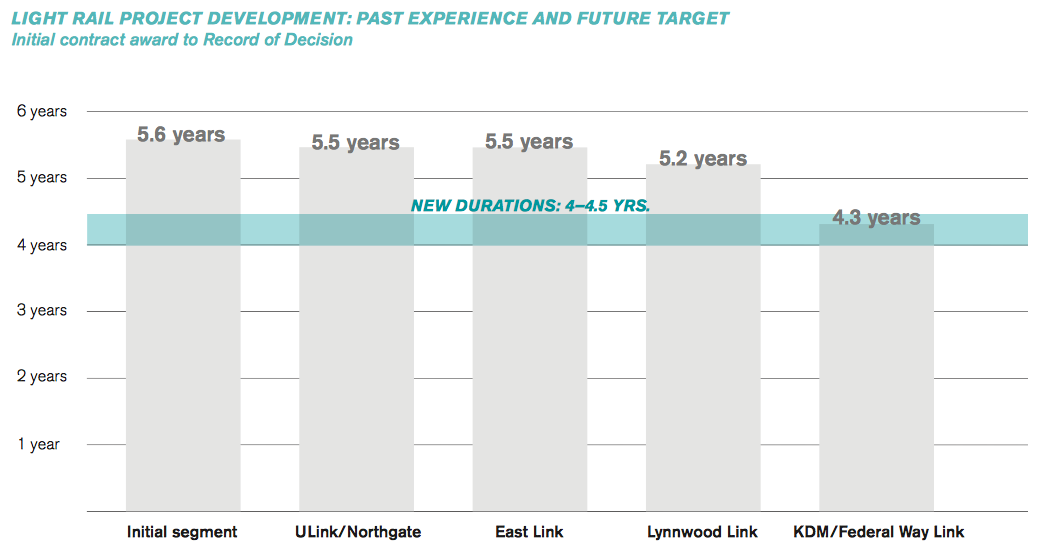 The plan retains the expedited-but-still-lengthy timelines presented in the final ST3 plan, and though there is more detail than previously presented, there are few surprises. One major lesson is just how much of late ST2 and early ST3 will occur simultaneously. The Lynnwood extension may look nearly done the day Northgate opens (Q4 2021), though it will be still 2 years away. Construction south of Federal Way (Q2 2025) is planned to begin just 4 months after Federal Way’s opening day (Q4 2024).  East Link will open (Q3 2023) a few months before Lynnwood (Q4 2023). One of the only projects with daylight between itself and others is the South Kirkland-Issaquah line, which won’t begin project development until 2027 and will be alone under construction in the late 2030s.

The timelines are still quite conservative, with planning and design work likely more elastic than actual construction. For example, planning and design is expected to take 5 years for infill stations, 6 years for for the North Sammamish Park & Ride, 7 years for SR 522 BRT, and 10 years for Lynnwood-Everett and Ballard-Downtown.

Working to make these timelines shorter starts now. It’s upon us to have intense but focused public debates about alignments and design details, minimizing the number of studied alternatives, and otherwise finding ways to give ST the green light while taking care of jurisdictional needs. And of course, ST3 will endure through 6 Presidential terms and a dozen state and federal legislatures, and at each point along the way ST’s revenue streams – taxes, bonds, grants, and fares – will need to be protected from malfeasance and sabotage. 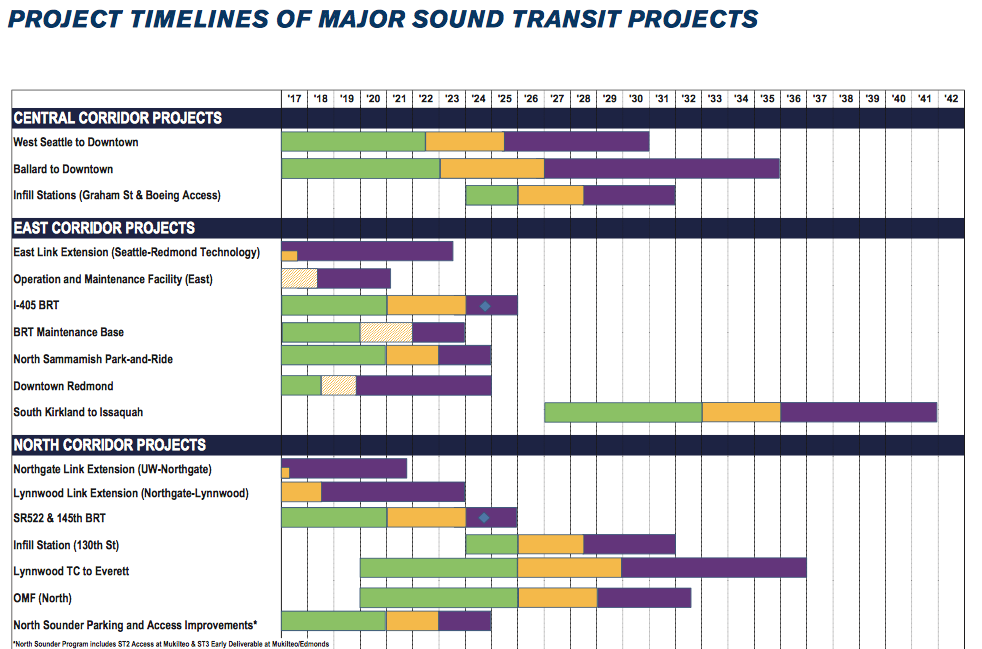 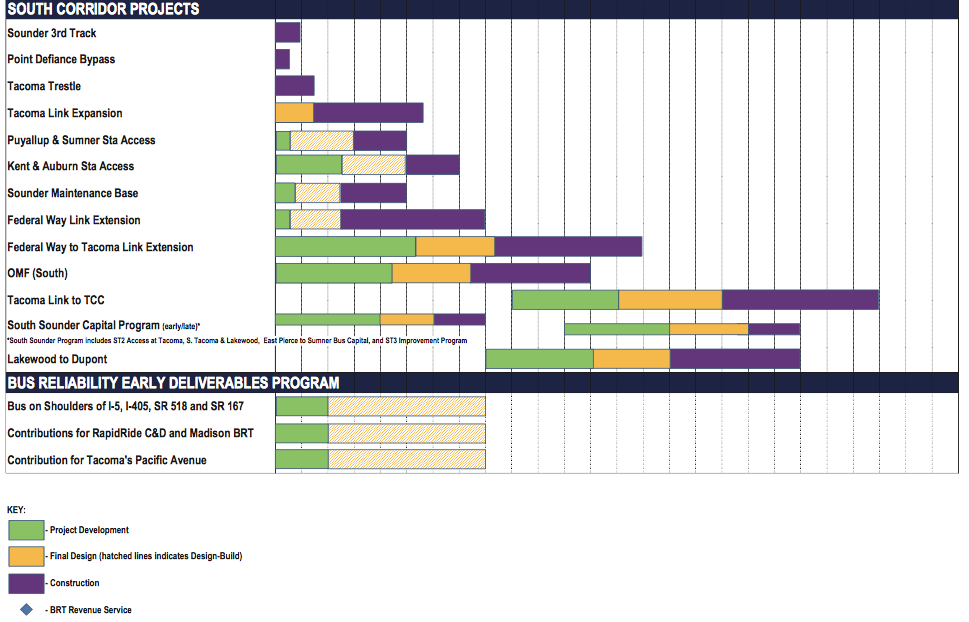