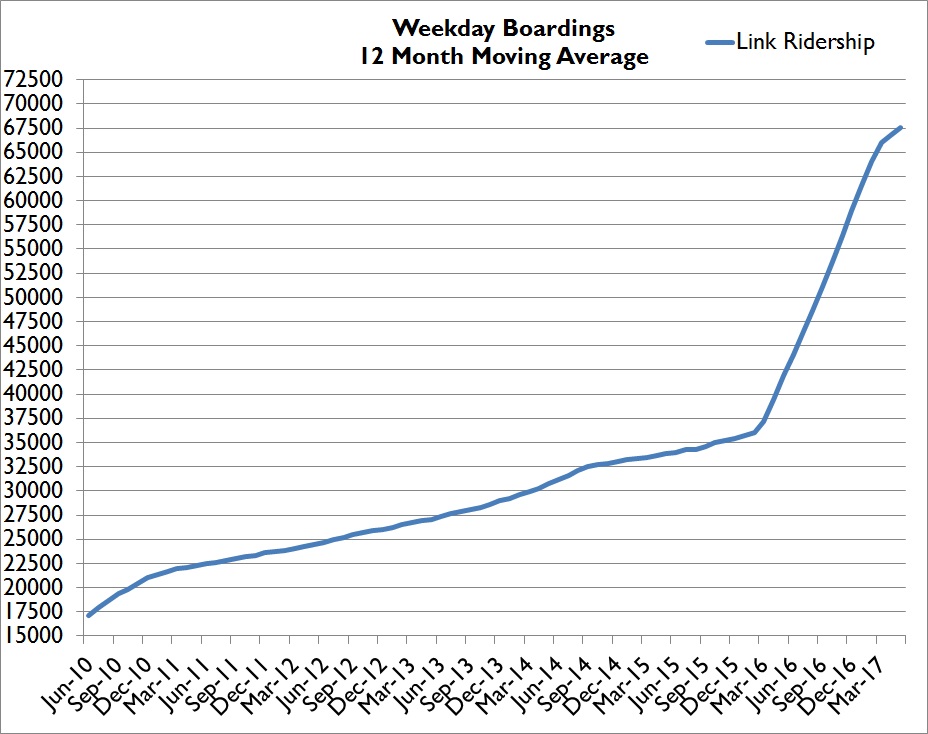 Sound Transit has released their May Ridership Report and Link is still going strong, up 11.9%.

Average daily ridership for Link in May was:

My charts below the fold: 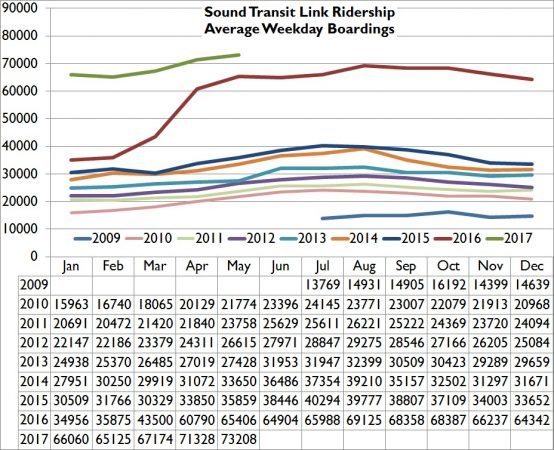 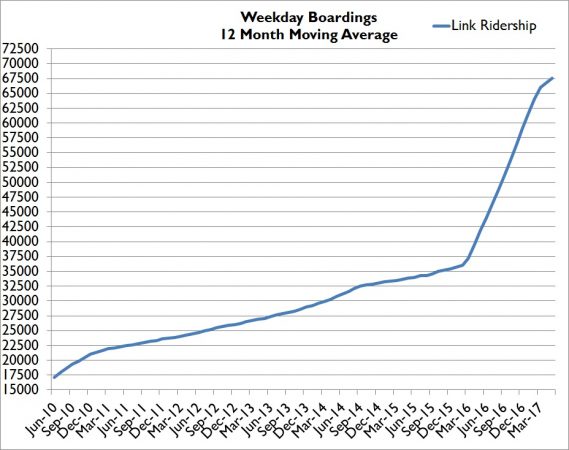 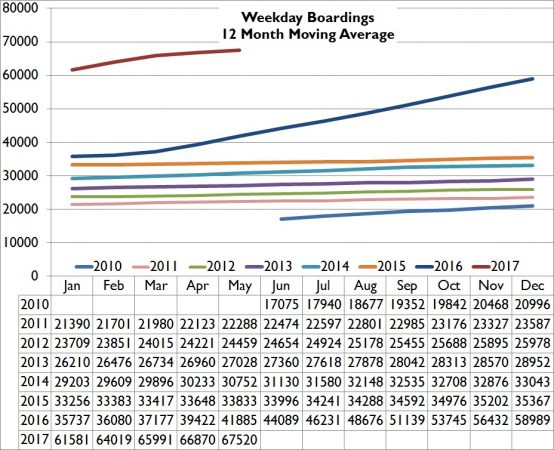 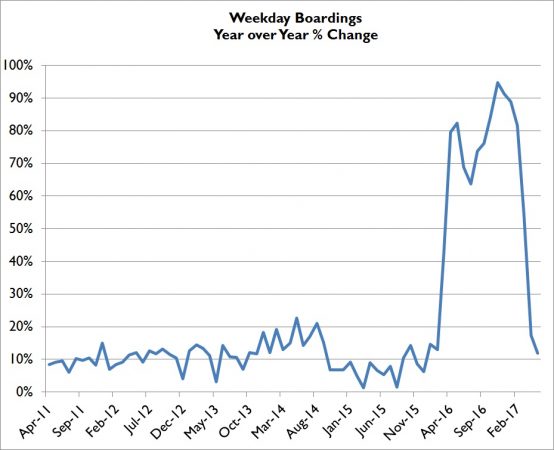