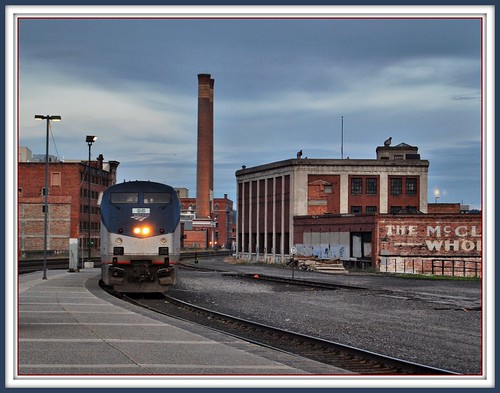 STB hasn’t written much in-depth about transit in Spokane since the passage of their scaled back STA Moving Forward initiative in November of last year, which followed the failure of the original package in 2015. To catch up on the Spokane Transit Authority’s progress in implementing Moving Forward, I reached out to Director of Planning and Development Karl Otterstrom. What follows is a lightly-edited transcript of our email interview.

Seattle Transit Blog: What parts of STA Moving Forward have been implemented or are currently in progress? I know there’s been some service improvements, you’ve got new artics on the way, and you’ve broken ground on the West Plains Transit Center.

STA Moving Forward is a ten-year plan for more and better transit service. It is phased to avoid debt and make implementation more manageable. As part of the effort behind the second ballot measure in November 2016, the STA board directed us to accelerate elements that could move forward sooner. Part of our response was introducing new service at both the May and September service changes. In future years we intend to make STA Moving Forward service adds just once in a calendar year, devoting other service changes to timepoint adjustments and other minor revisions as necessary.

IMPLEMENTED: During the May service change, we added the following service:

STB: Any feedback yet from riders, or preliminary ridership data on the new/improved services?

As provided above for May improvements. June 2017 ridership was 6.2% above June 2016. I don’t expect July to be as high, as we are impacted by a number of significant construction detours and ridership is still adjusting to a recent fare increase.

STB: How is the HPT-lite program unfolding?

High Performance Transit is the effort to introduce service and facilities that are enhanced above conventional bus service. “HPT Lite” refers to funding select elements or sections of such improvements in a corridor. Along with the Division project detailed above, we are beginning work on the Monroe-Regal Corridor and some jump-start work with the City of Spokane on HPT elements on East Sprague. As the program unfolds, it is clear that partnerships are essential to its success.

Contractors for the city of Spokane recently finished the platform work on the first HPT station on Sprague Avenue at Napa Street. The platform is about 10 inches above the roadway, providing an in-lane station with room for a shelter (which will be added by the end of next month) and room for future technology elements. The platform is long enough for passenger boarding/alighting for a 60-foot coach. The city’s road and streetscape project in that area includes four such stations in total.

The Monroe-Regal corridor project is directly supportive of the City’s comprehensive plan, targeting economic growth in historic streetcar corridors and other in-fill areas. We recently submitted a grant for electric buses to travel on the Monroe-Regal Corridor. We also received a $3.9 million state grant for HPT elements and a southern terminal/park and ride for the corridor. The corridor also travels on the eastern flank of Kendall Yards, a sizable mixed-use development occupying a former rail yard. Last month the developers opened a new, independent downtown grocery store directly adjacent to a future station along the corridor. In the spirit of partnerships, we have been coordinating with the developer for several years in anticipation of our investments in service and amenities to this stop. Our investments are also integrated into a redesign and reconstruction of a section of North Monroe Street, which will include in-lane HPT stations three locations, and improved pedestrian and urban amenities.

STB: Has work begun on the Central City Line, and if so, how is that going? How dependent is that project on federal funding?

We are in the Project Development Phase with construction scheduled to begin in 2019. There has been significant progress in the last year in integrating the project into the city’s capital improvement program. We recently received good (but inconclusive) news from APTA regarding funding for these types of projects in the FY2018 budget.

STB: What’s the future of fare media and fare payment for STA riders?

STA is currently in the process of scoping an RFP that would overhaul the existing fare media structure. The intent is to explore and include digital options that allow customers the option to purchase fares remotely. The Central City Line is expected to have, along with other HPT corridors, pre-board ticketing and on-board proof of payment enforcement.

STB: How are STA’s overall ridership numbers trending in the last year or so?

Up until recently, STA experienced a similar decline in ridership as most transit agencies across the country. Based on the most recent numbers, it looks like that trend may be bottoming out, and we expect to end the year flat or slightly up from last year.