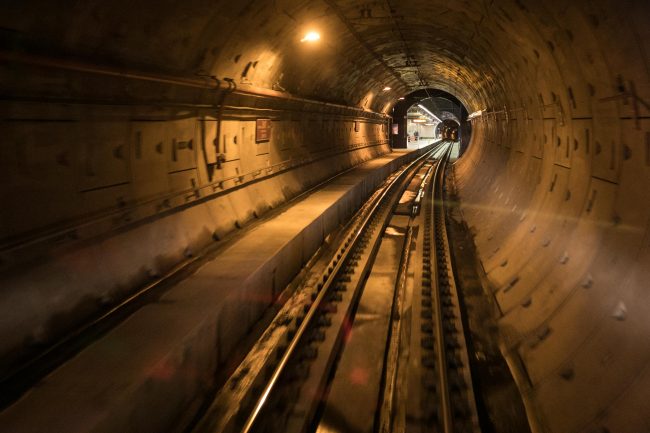 In a tight workspace with barely enough room to turn around, light rail operators enjoy some of the most unusual views of Seattle from their cabs as they traverse the city. 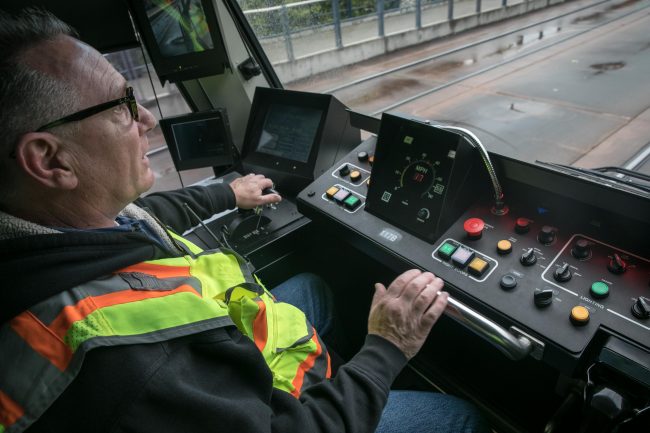 Like all Link operators, Kevin Gumke started out driving for King County Metro Transit, before transferring over to the light rail side in 2010. To qualify, bus drivers must have a squeaky-clean driving record and complete 8 weeks of paid training, starting with a week of classroom instruction. 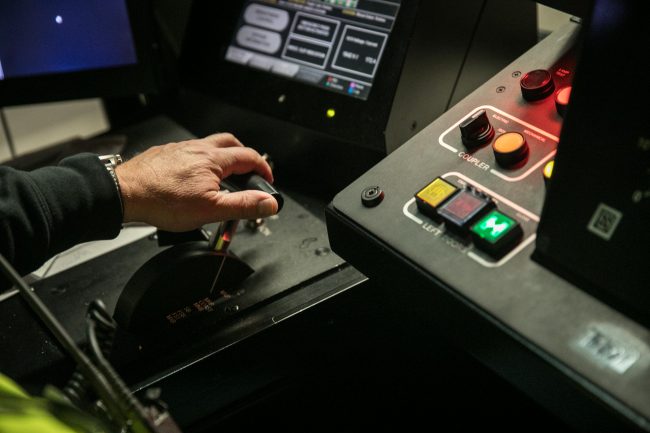 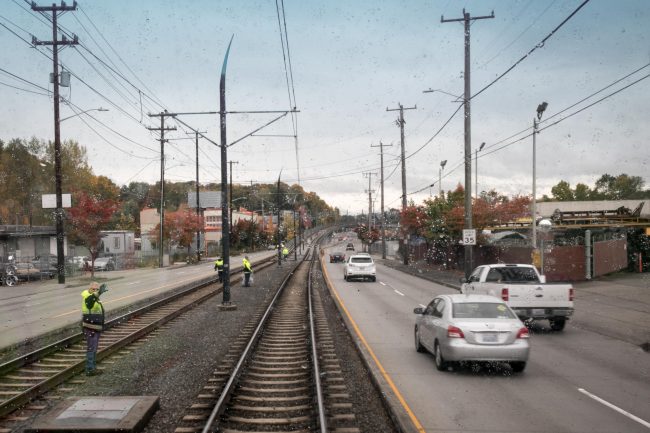 Gumke began working at Sound Transit shortly after trains began running to the airport and today is charged with training the next generation of light rail operators as the system expands. After construction, link extensions go through an extensive testing and inspection period. Maximum speeds will be set for each section of track, with practice runs repeated over and over to ensure safety in various weather conditions. Tracks are then continuously monitored and inspected once the extension opens for normal use. 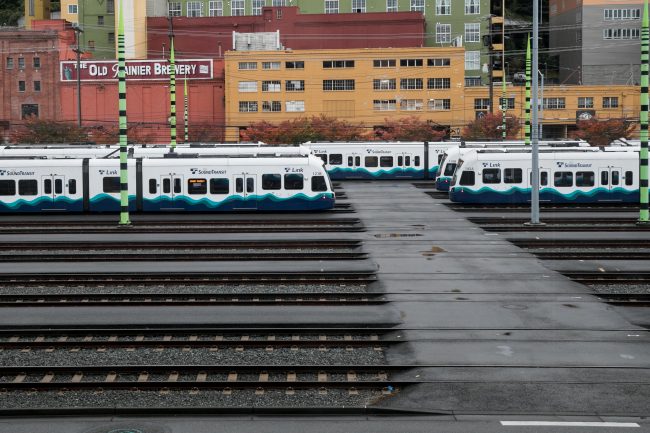 Every night, all the light rail trains return to the Operations and Maintenance Facility where trains are inspected and cleaned. The 25-acre site, located south of downtown Seattle at South Forest Street and Airport Way, can store up to 104 vehicles. In case of breakdowns or malfunctions, workers have a train ready to go on short notice. 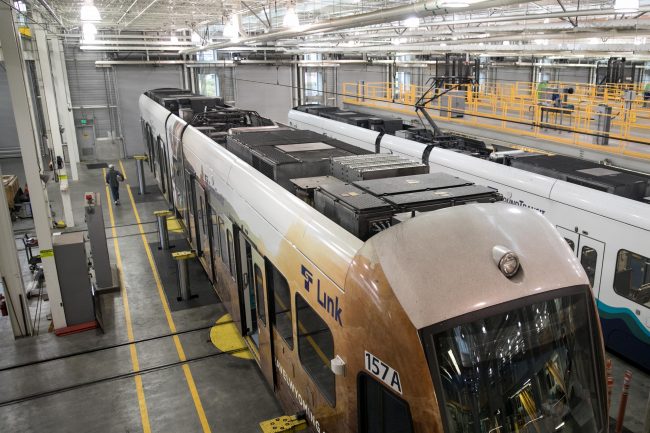 Nine vehicle bays stretch across the cavernous maintenance shop. Each bay can hold two light rail vehicles. Along with repair shops for components and electronics, the four-story operations and maintenance building also contains a signals and communications lab and a communications maintenance area. 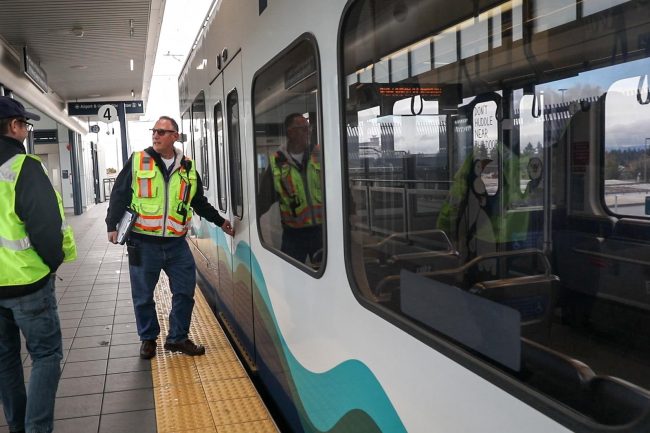 Each train contains two control cabs on both ends, so that trains at terminus stations do not have to turn around. And every train pulls its own weight with the two motor trucks it carries. 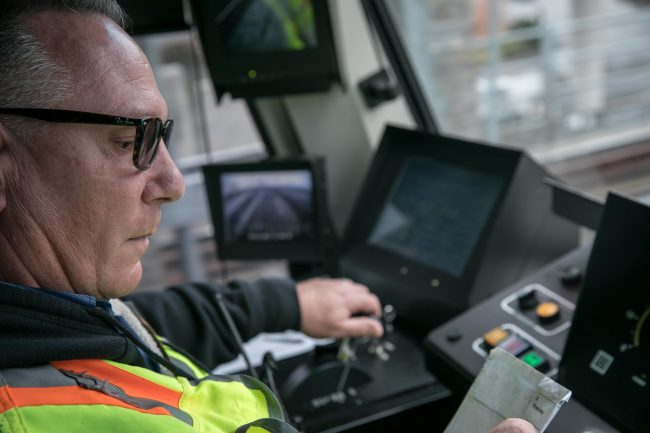 It was the medical benefits that first brought Gumke to Metro after being self-employed for years as a professional photographer. He stayed at Metro because he liked being part of something he called “so unusual.” 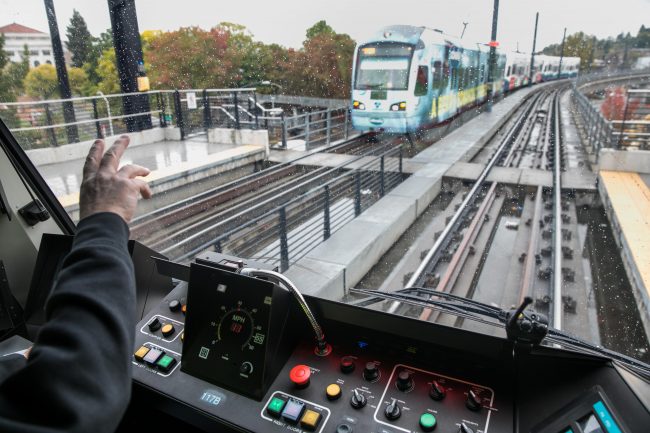 Gumke drove trolleys out of the Atlantic base before becoming a light rail operator. “When I walked onto the property here, I had this gut feeling this is where I was going to be.” 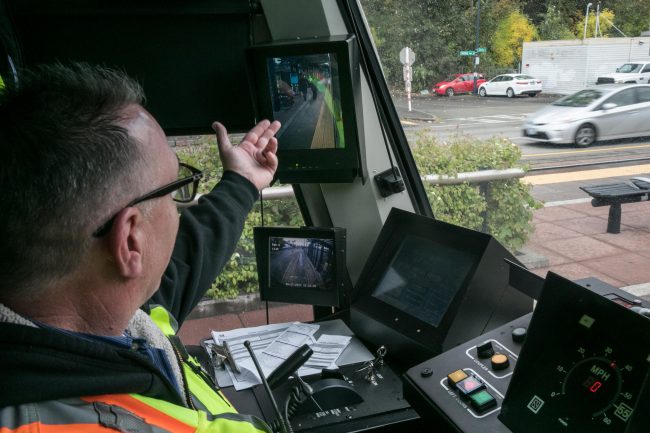 As Gumke trains new light rail operators, he reminds them it’s all about giving the passengers the smoothest ride. “Think about your grandmother holding your baby in back,” he advises trainees to imagine each time they bring the light rail train to a smooth and complete stop.