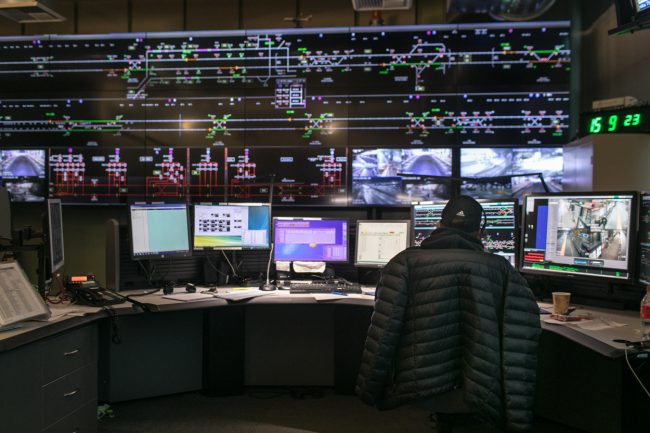 Behind every bus driver and Link light rail operator is a team huddled behind a crowd of computer screens, monitoring buses and trains as they traverse the region. Sound Transit’s Link Control Center (pictured above) and King County Metro Transit’s Control Center (TCC) are collocated inside Metro’s Transit Control Center Building on the south side of the city. 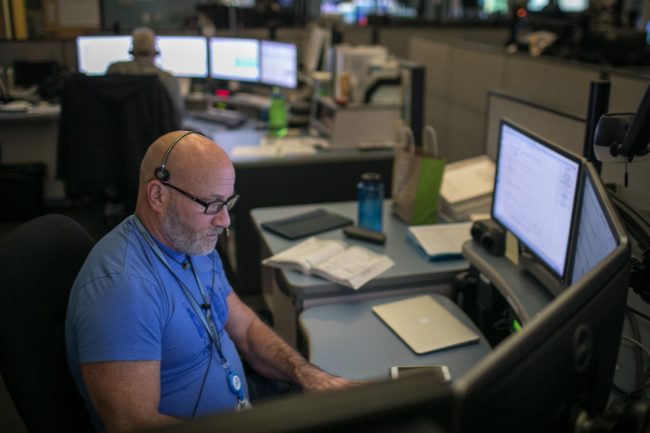 But when there is a breakdown or a medical emergency, the TCC is ready to respond 24 hours a day. Last week on a rainy afternoon, coordinators spoke in hushed, unhurried tones as the evening commute commenced. 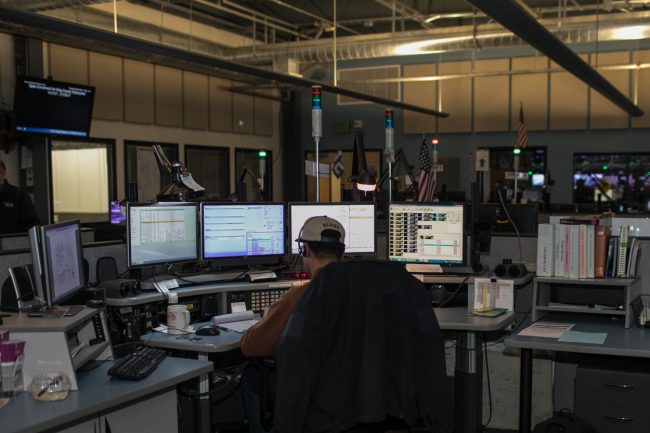 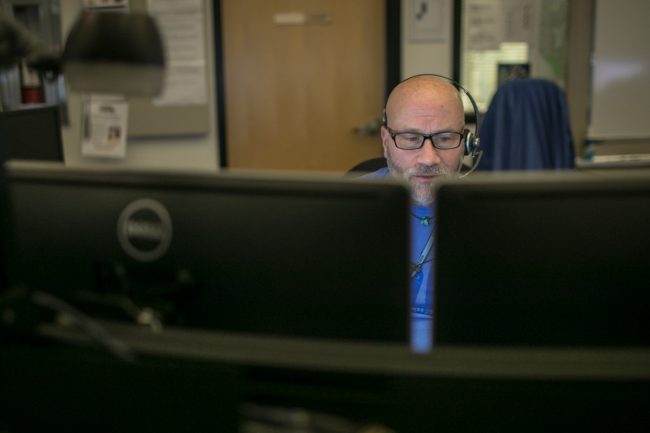 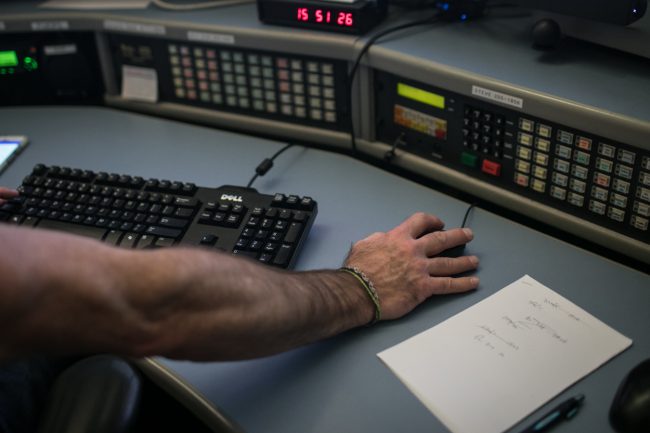 Each communication coordinator is assigned a set of bus routes. Drivers can also communicate with the TCC through radio, phone and preprogrammed text messages. Each bus is also outfitted with an emergency push-button easily accessible to the drivers. If a driver is unable to speak to TCC coordinators after the button is pressed, an emergency response is immediately activated and support is sent to the bus’ location, tracked by the onboard GPS system. 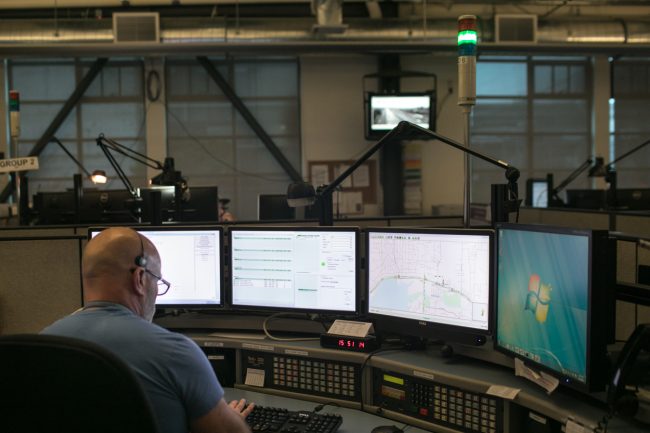 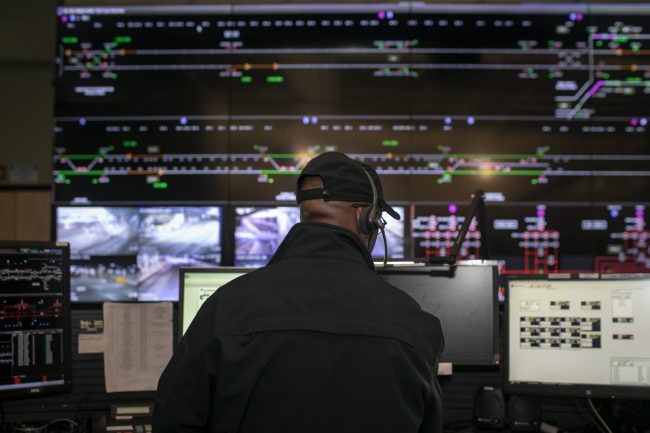 As buses enter the Downtown Seattle Transit Tunnel, monitoring is automatically handed over to the Link Control Center — two rail controllers and a duty chief located in the next room over. Separated by a set of glass doors, an entire wall is given over to a large screen that looms over the two rail controllers. On screen, the location of all the trains and those buses currently in the tunnel can be seen proceeding down the tracks. 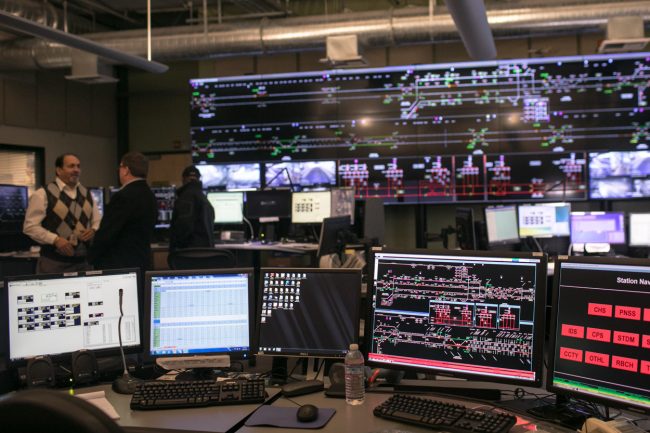 A duty chief manages the two rail controllers and as the light rail system expands Sound Transit will enlarge its control center operations by adding a third controller and eventually moving into the Operation and Maintenance Facility located several blocks south. Using Holgate Street as the center line the system is split in two with one rail controller monitoring the southern tracks, while the other oversees the northern part of the system. 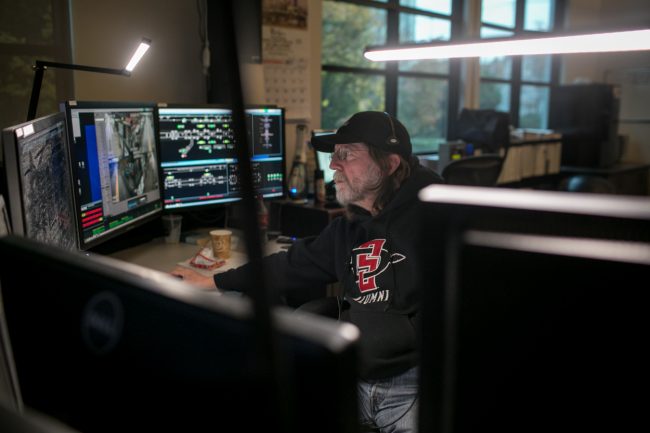 Seven hundred and fifty closed-circuit cameras are scattered across the light rail system, broadcasting back to the TCC. Because the Link coordinating team is responsible for monitoring all alarms in the system and notifying police or fire in an emergency, two people must always be present in the control room. Monitoring and communication with the TCC is needed even during the fours hours a day the Link is not running, to allow for routine maintenance and inspection of the track. 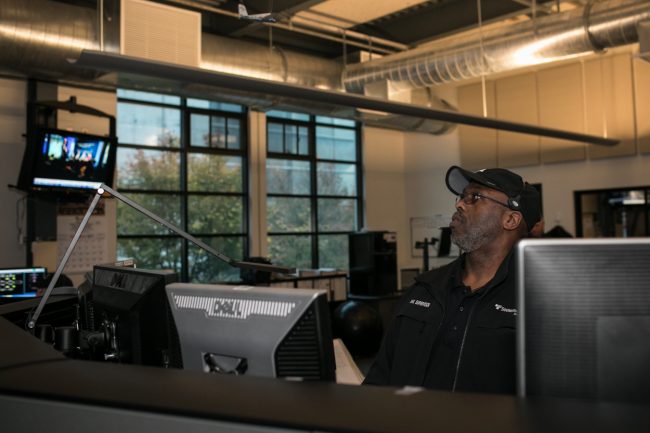 Another handy tool is a television set (pictured above in the left-hand corner), mounted to a wall on one side of the room, which allows the rail controllers to monitor the progress of sporting events and prepare for the large crowds leaving at the end of the night. The television also apprises the rail controllers of breaking news that could impact transit operations. 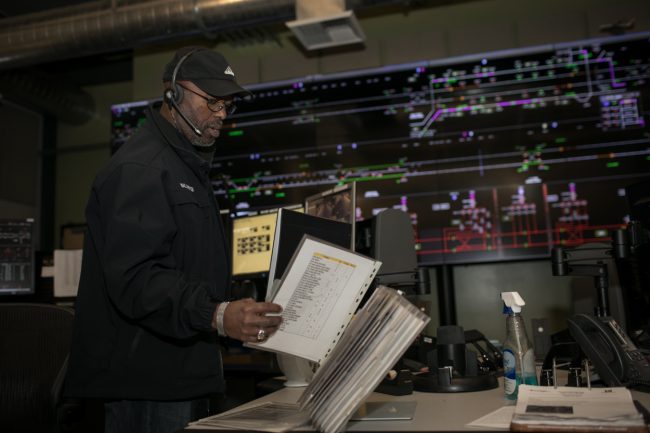