Northgate Link is slowly inching its way towards completion, still scheduled for June 2021, but a substantial amount of progress can be seen from street level. This photo tour will hopefully be the beginning of a semi-regular series to track construction progress on Link’s extensions, for the benefit of readers who aren’t up for a long journey to the future stations or don’t continually refresh the construction cameras every few minutes.

If you’d like to do your own photowalk near light rail construction, I’ll be offering tips and my recommendations for good views. As a general precaution, always stay in open public areas, keep your hands off fences, and listen to on-site workers to avoid misunderstandings. Photographers with large cameras tend to make people nervous, so you may run into occasional conflicts, but often people are open to a little small-talk if you aren’t acting suspiciously.

Let’s begin with Northgate Station, which will still have a significant amount of nearby construction after 2021, thanks to the kickoff for Lynnwood Link. Luckily, the station also has a lot of easy-to-reach viewpoints with diverse angles, which can leave photographers spoilt for choice. 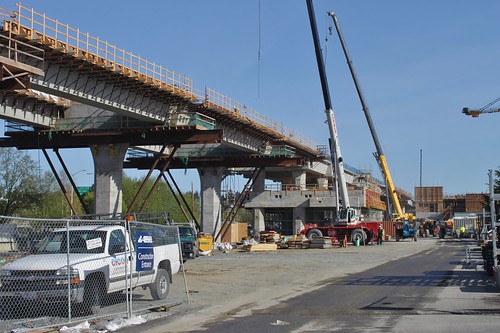 A photographer doesn’t need to stray too far from the transit center to get some nice views of the station. Walk to the south end and you should be able to see the new mezzanine and platform past the often-open contractor gate. 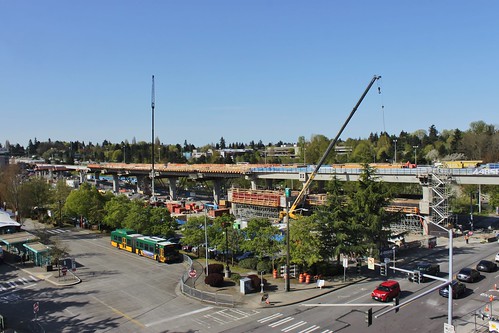 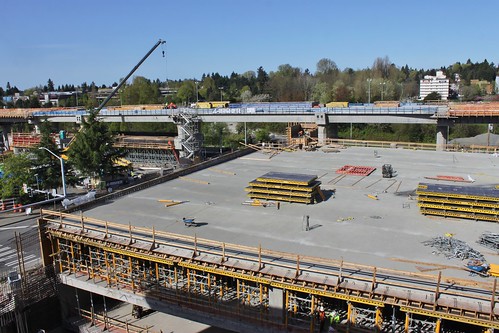 If you wanted to see eye to eye with the future platform, look no further than the Metro-leased parking garage at the north end of the transit center. The stairs have a great view of the station, the new parking garage, and the entire elevated guideway. 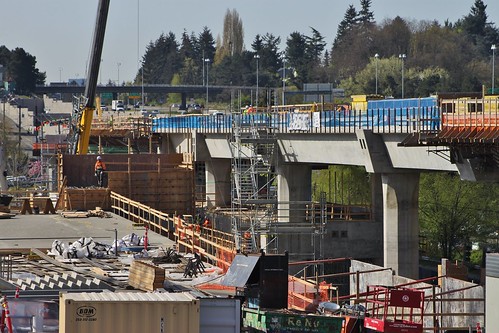 A quick walk through the Northgate Mall and out onto yet another parking garage brings up another great angle, especially if you have a capable zoom lens. The piles of construction materials and miscellaneous junk makes for an interesting foreground, so don’t forget to include everything. 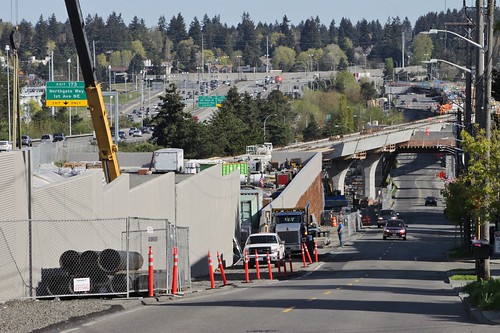 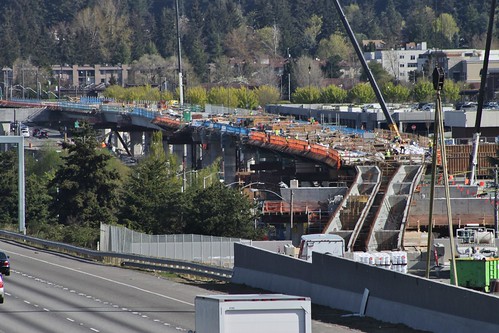 My favorite Northgate view is actually the furthest of them all, the NE 92nd Street overpass, which can be reached by a short uphill walk/bike ride or bus trip. The view is relatively unobstructed and comes with a great view of the Seattle skyline (and I-5 traffic) if you turn around. You’ll need to bring a zoom lens for a good picture, but you can easily line up a shot with the Link viaduct that will carry trains over 1st Avenue. 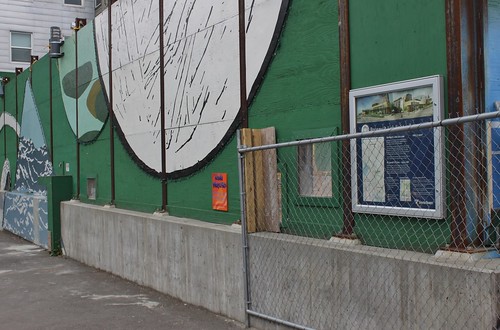 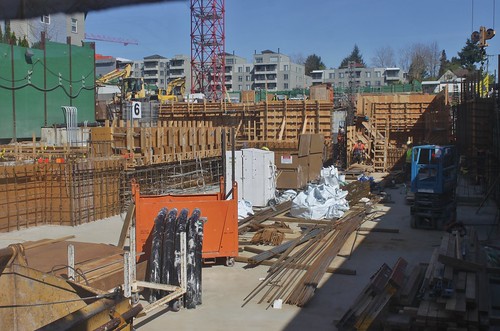 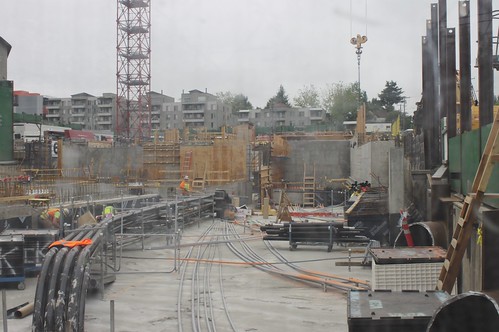 Roosevelt Station sits opposite from Northgate in several ways: the freeway is set further away, there’s plenty of people milling around, and there’s not much choice for sidewalk gawkers. The sole view for this station is from the cutouts in the station wall, which are sometimes blocked and scratched up, so do move around your camera lens and look for a relatively “clean” spot. 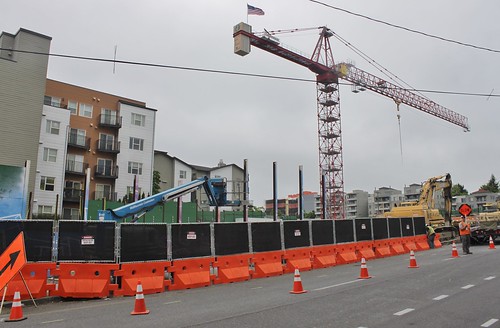 Luckily, the wall is being demolished this month while work on the entrances inches slowly up and over street level. Soon enough, we’ll be seeing vents and signs spring up from atop the backfilled lot (and future TOD), just like Capitol Hill Station. 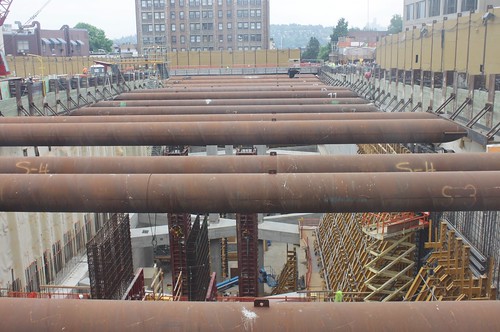 Like Roosevelt Station, our final stop is a constrained and busy one. The only good public view of U District Station comes from a pair of dirty windows that require photographers to squeeze between a parked car and a concrete barrier. The view isn’t much to write about, thanks to the lateral supports that will make up the station’s ceiling (and perhaps the foundation for a 20-story office tower). 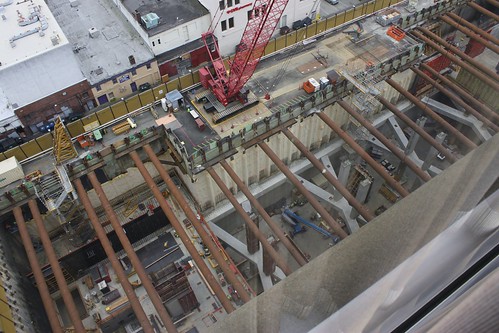 There is, however, another way: If you can convince (or bribe) a UW student or alumni into bringing you on a tour of UW Tower, there’s plenty of offices and meeting spaces with their own overhead views of the station box. Just make sure to bring a camera with a quiet shutter and a black t-shirt to avoid the glare issues like the photo above.

And that’s about all you can see out of Northgate Link from above ground. Through June 18, Sound Transit is offering a tour of U District Station to the winners of a contest involving Instagram selfies and shopping at local businesses. In years past, they also offered public tours of the University Link tunnel and we’ll be the first to let you know about that opportunity (if it happens). Until then, there’s just over 1,000 days until Northgate Link’s baseline opening date of June 2021, which could be moved up with some luck. Later in the week, I’ll be bringing a photo tour of East Link, where construction is finally firing up all over the line and public views are much easier to come by.

46 Replies to “A Photo Tour of Northgate Link”