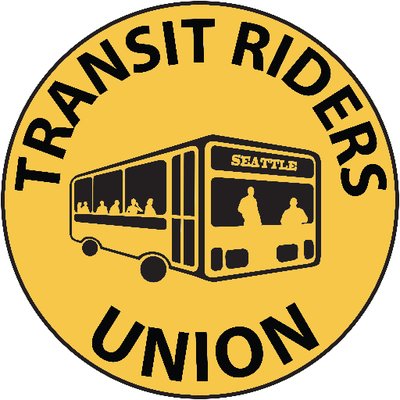 Dear Members of the Sound Transit Board,

The Transit Riders Union is concerned that Sound Transit is passing up an important opportunity to serve the densest neighborhood in Washington: First Hill. Thousands of constituents in each of your districts commute to First Hill each day. And while we understand that there are some cost concerns with the slightly additional track length and tunneling twice beneath Interstate 5, we urge you to conduct a study of this possibility with sincerity and in good faith.

We recommend relocating the Madison Street station from 5th or 6th Avenue to a location between 8th and Boren Avenues. This relocation would make much of First Hill walkable to the thousands of workers, residents, and medical patients. Meanwhile, it would decrease the walkshed redundancy of building a station so close to the existing line beneath 3rd Avenue.

First Hill is a large employment center for many sectors, from nursing to administrative to custodial, that historically and presently employ mostly women, and they deserve to be considered equitably in comparison to other regional employment centers with white-collar, mostly male tech workers (South Lake Union) and blue-collar, mostly male workforces (Paine Field), which will rightfully be served upon completion of ST3.

Presently, some First Hill commuters ride Sounder to King Street Station, where they then must either:

Each of these options is unnecessarily sluggish. Imagine if these workers could walk out of King Street Station, cross over the International District Station, and ride in minutes directly to First Hill. For the many other First Hill commuters whose irregular schedules prevent them from accessing Sounder, they deserve, and would exponentially benefit from, a direct connection the regional Link system.

Many people access First Hill for medical services, including many people with disabilities. Disabled passengers, for whom approaching and waiting for a bus on the steep eastbound streets of Downtown Seattle can be difficult or prohibitive, deserve simpler, faster, more comfortable, and more accessible service to First Hill.

The Transit Riders Union is very grateful for all the work that Sound Transit does for the riding population of the Puget Sound, and we thank you for your consideration of this proposal.