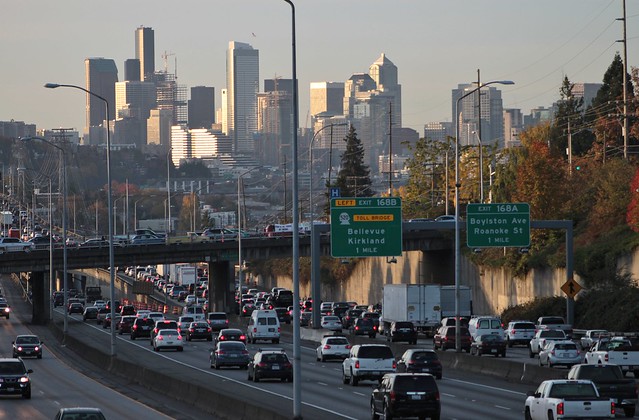 However, the data pokes holes in the narrative that Silicon Valley transplants are the main reason for the Puget Sound’s explosive growth in population—and housing costs.

More of the out-of-state newcomers to King County from 2012-16 were from California than the rest of the top five states combined. Eight of the twenty out of state counties that sent the most people to Seattle are in California.

The data comes from U.S. Census Bureau figures compiled from 2012-16’s American Community Survey (ACS) statistics, which estimate county-to-county migration in each county in the United States. These figures measure only in-migration—the number of people who moved to King County—not net migration, which would account for the combined in- and out-migration.

25 Replies to “Yup, tons of Californians moved to Seattle”