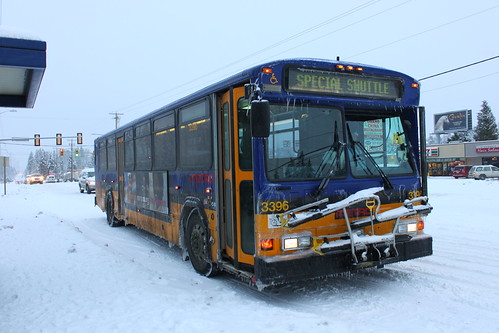 This week, King County Councilmember Jeanne Kohl-Welles introduced legislation to eliminate Metro fares whenever Metro activates the Emergency Snow Network. It’s early in the process and there is no cost estimate at this time (press release here).

This legislation continues the process of chipping away at the fare structure without taking the financial hit of eliminating fares entirely. Much like New Year’s Eve, snow days are an especially good day to eliminate barriers to using the system, and are rare enough to make the cost negligible. Transit is likely to welcome many newcomers that will be clumsy with a fare, and reducing car use helps avoid total system collapse. As Kohl-Welles told The Stranger, it can also be a matter of life and death, as people struggle to get out of the cold.