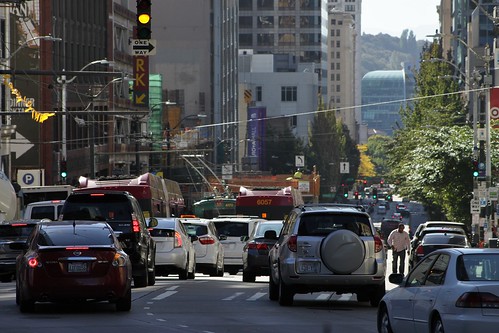 If you’re like me, you’ve lost track of all the near-term projects that were supposed to get downtown through a period with multiple disruptive construction projects. It doesn’t help that there’s a near-term set of improvements and other longer-range plans that one can confuse.

Luckily, the City Council mandated that SDOT provide a quarterly report on how the near-term OCC stuff is doing. Here’s a summary of the bus stuff:

On the bike front, all three of the big downtown projects — PBLs on Pike/Pine and 4th, plus the 2nd Ave Extension bike lane — are either behind schedule or threatening to become so.

There are plenty of pedestrian and other programs as well, which you can read about in the report.