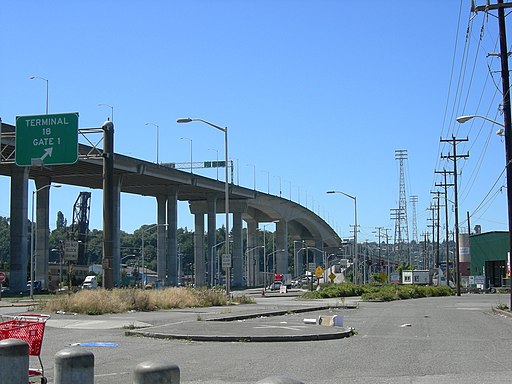 In what would have counted as a transportation catastrophe were it not for the much bigger ongoing catastrophe, SDOT discovered “accelerated concrete cracking” in the West Seattle Bridge yesterday. They closed it indefinitely to all traffic 7pm Monday.

Mike Lindblom reports the repairs will take on the order of months ($). Metro posted a transit alert for affected routes (also Delridge routes), which basically amounts to staying on the low bridge and not missing any stops. The 21 Local does miss a stop in the area, as will the 37 when it returns from pandemic hiatus. Even the low bridge will be closed to all but transit, freight, and emergency vehicles.

The hits just keep coming for long-suffering West Seattle bus riders, but this one may struggle to be noticed. If there’s a silver lining, it’s that SDOT is avoiding the WSDOT mentality of removing transit priority when it’s most needed. Quick action while traffic volumes are low, and new transit priority, are about the best possible reaction from officials confronted with this problem.