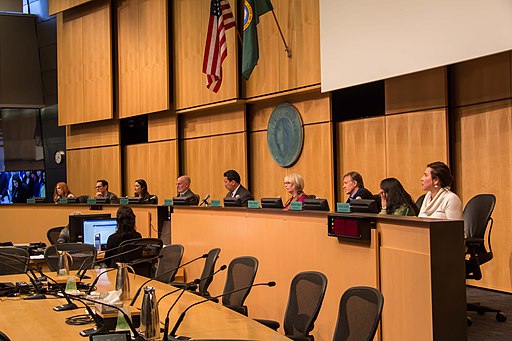 Today at 2pm, the Seattle Council is voting to send renewal of the Transportation Benefit District (TBD) to the November ballot. As eight of nine council members are already on record in support, passage of something is inevitable. The uncertain parts are what amendments will go with it.

The baseline legislation is a renewal of the 0.1% sales tax for 4 years. This is a significant cut from the status quo both because it doesn’t include the vehicle license fee from 2014, but also because sales tax revenues have fallen sharply.

Amendment 2 is clearly an effort to devote more resources to transit, which is straightforward for advocates. Amendment 1 depends on your read of the political and legal situation. Amendment 3 is a difficult tradeoff between social justice objectives and getting as much bus service as possible on the road.

There are also rumors of an amendment to split the difference at 0.15%.

You can sign up to testify, beginning at 12pm, here.