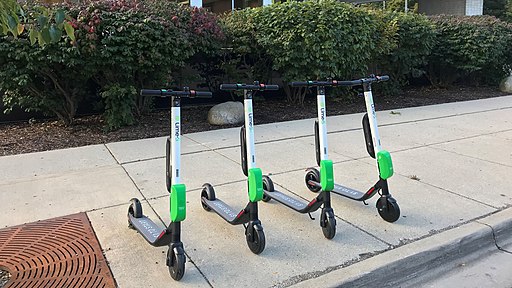 The bills are CB 119867 and 119868. Slides for both are here. They both passed, with Gonzalez, Morales, and Strauss voting yes and Pedersen no.

The former would allow motorized scooters in streets with speed limits of 25 mph or lower, bike lanes, and on sidewalks that are part of a bike route (e.g. on movable bridges). The latter actually authorizes scooter rental operations and sets up a fee schedule that the city projects will raise about $1m annually ($150/device), used to administer the program and build more bike and scooter parking. The permitting plan is here, but is an administrative document that didn’t need Council approval.

The speed limit for scooters would be 15mph. At both launch (500 ea) and maximum permitted capacity (2,000 ea), there would be equal numbers of bikes, seated scooters, and the standing scooters we see in other cities.

As one might expect, there’s an equity component. There will be a less-than-$1.50/ride low income option, “low barrier” plans for the smartphone-less and underbanked, and 10% of the fleet will be in “Environmental Justice Community Areas” (show at right).

The City will, in theory, fine riders that do not park their scooters properly. Lisa Herbold rightly pointed out that levying fines doesn’t fit with the overall direction of the City with respect to law enforcement.

Bill sponsor Dan Strauss supported moving forward because the City is “circling around the same questions that can only be answered if we try it,” adding that “If at the end of the pilot we find the city of Seattle is not suitable… we end the pilot.”

This is correct, and scooters are complimentary to other tools that provide good alternatives to cars. But I can’t help but wonder if these rules are simply too prescriptive. No one knows if scooter share is going to be a viable business in Seattle, and these regulations reduce the ability of Lime and other operators to adjust to what works. In particular, unfunded equity requirements are best levied on established, profitable businesses — not rickety startups. But with luck, Lime et al will weather that and scooters will be around for a long time to come.