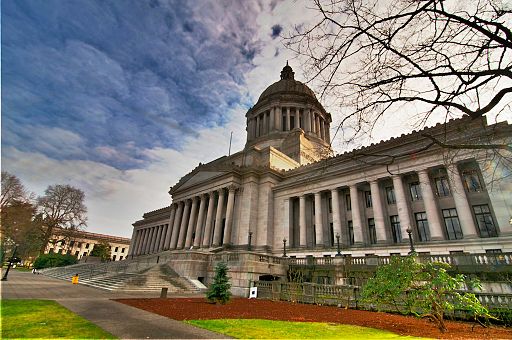 Sound Transit 3’s cost explosion has forced the politicians in charge to make tough decisions that displease constituents. In the ‘realignment’ endgame, Mayor Durkan produced a “cost savings amendment” to create regular reports about costs, hire outside consultants, and tell the Board “where any delays in these pre-construction activities are likely to trigger a delay in the final delivery date of any project” (see page 7 of this).

The last bit is especially rich from a Mayor whose office ignored Sound Transit’s pleas to quickly produce a single preferred alternative from West Seattle to Ballard, instead blowing it up into dozens of combinations (still unresolved) and picking entirely new fights like a very deep station under Chinatown that raises costs and worsens transit outcomes. Indeed, the City is still pining for an added revenue options to chase its dream of a tunnel to West Seattle, that, again, raises costs and does not improve transit outcomes — unless process mismanagement has erased the cost difference.

I have no doubt that a project spending over $54 billion in year-of-expenditure dollars will have some suboptimal line items a consultant can flag. With luck, that consultant might even pay for itself. But the effort to close the budget gap by eliminating waste, fraud, and abuse isn’t nearly ambitious enough. The real savings is in treating Sound Transit like a transit project instead of a vessel for a series of community objectives. A change in mindset from relevant leaders would be useful, but ultimately legislation in Olympia is necessary.

Jerusalem Demsas’s comprehensive report on high U.S. transit construction costs gives clues as to what that might look like. What are the root causes of Americans paying several times more per mile than similarly wealthy European and East Asian nations?

Brooks, the George Washington University economist, explained that the case of the [Maryland] Purple Line explain many of the cost increases we’ve seen over the decades. What does she call this phenomenon? “We call this the rise of citizen voice.”

Brooks ruled out the “perfectly reasonable explanations” like paying workers more or the increased cost of highway materials as driving much of the cost increase. Instead, she says, judicial, statutory, and administrative changes — in particular the passage of the National Environmental Policy Act (NEPA) in 1970 — have led to increased power for citizens.

For example, one important dynamic is that cities have leverage over Sound Transit because they control permitting. As most municipal governments are extremely responsive to small business complaints, they prioritize their concerns about “impacts” (see: the Chinatown deep station) during construction over the quality and quantity of what is built. And so you have Sound Transit not only building Link on MLK, but rebuilding the roadway to be much nicer than it was before, providing the same number of car lanes, and handing out money to local businesses.

ST lobbying doesn’t have much leverage over NEPA, but there’s also a SEPA, and this “environmental” legislation provides the tools to sue to delay transit and land use projects that would have large scale benefits for the environment.

Zee (née Zach) said this quite eloquently over 5 years ago: we could build transit quickly and cheaply if we decided that was more important than other stuff. Not all of his examples are ones that should move forward. But a Sound Transit focused on material reductions in what stuff costs should build a legislative agenda that tackles these obstacles.