You may remember a few posts we had concerning Metro’s unplanned “holiday” schedule that resulted in reduced service last week. With the same thinking as yesterday’s snow postmortem, I’d like to follow-up with a more forceful rebuke of Metro’s decision and how it was carried out. I feel that Metro’s communications were opaque and misleading, their planning was poor, and their web front could have been used better. You can read the full post past the jump.

What follows is five reasons why I’m disappointed with Metro’s operations last week: 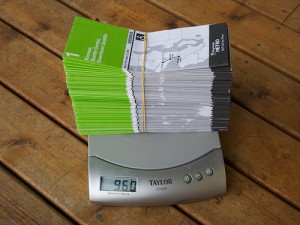 We all of this in mind, we must recognize that the storm of the previous week was a rare occurrence. It would be interesting to know how much of these service reductions were necessary given how many buses were battered in the storm. If Metro needed a reduction of service last week for fleet reasons, then I guess we must accept that. The faults in communication, however, we cannot accept and Metro should not repeat in the future.