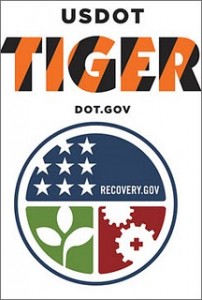 As we reported in December, this year’s federal transportation budget includes $600 million in merit-rewarded grants that can go to highways but also to transit and even bike projects, much like the TIGER grants from the stimulus. The WSDOT Federal Transportation Issues blog has wonky details on how this $600 million will get rewarded.

The Democratic leadership in the Senate decided to split its jobs agenda into multiple, smaller voters. Last week, the body passed its first jobs bill with a tax break for new hires to incentivize businesses to hire in the rough economy, extend highway funding, and other small measures. It’s expected that the Senate will considering around $15 billion in TIGER-style transportation grants. That’s well below the $50 billion the administration had floated, but is still encouraging. Merit-based grants are a smarter way of doling out transportation dollar compared to giving money to states based on formulas, since state departments of transportation more frequently fund highways than transit.

While Senate first jobs bill funded the highway trust fund for many more months, but the House didn’t pass the bill this week and instead sent the Senate a measure to extend highway funding for a 30 days (so the House could amend the Senate jobs bill, if it chooses). The increasingly dysfunctional Senate was unable to pass the 30-day extension with a simple voice vote due to one Senator’s objection. Oddly enough, the department of transportation may simply not funded past this Sunday and could actually shut down. The House could vote on the Senate’s jobs bill early next week to continuing funding USDOT.

7 Replies to “The Feds: USDOT to Shut Down; More TIGER Money”