The Puget Sound Regional Council has opened a public comment period for its Transportation Improvement Program, which will dole out than more than $440 million in federal funds to regional projects, many of which are transit or at least transit-related.  The overview of the Draft 2013-2016 TIP (PDF) has a good breakdown of all the projects by type (i.e., transit, roadway, non-motorized, etc.).  You can also view all the projects on an online map.

While transit accounts for nearly 70% of all projects selected for the 2012 selection process, many are the projects have a strong emphasis on general maintenance and transit operations (e.g., trolley replacement, ferry preservation, etc.)  “New transit alignment” projects, on the other hand, only get 24% of the transit funds– these primarily consist of things like light rail and fixed guideway expansion.

The table below the jump lists the top projects by award amount: 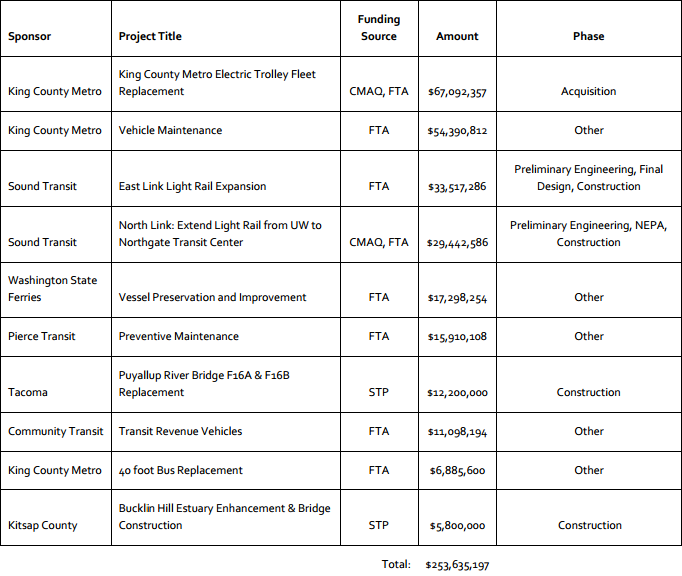 46 Replies to “Regional PSRC Funds Up for Grabs”