Reliability: Comparison across years and across modes is a bit of a mess because each mode’s definition of reliability is different, and Central Link moved from a schedule-based reliability metric to a headway-based one this year. These metrics are defined every year in the budget.

ST Express defines “on-time” as no more than 10 minutes late. Sounder must be no more than 7 minutes late at the terminus. Central Link now defines on time as maintaining headways within three minutes of the expectation .* In previous years, a train was defined as late in accordance with the internal Link schedule.

With all those warnings, here’s the chart: 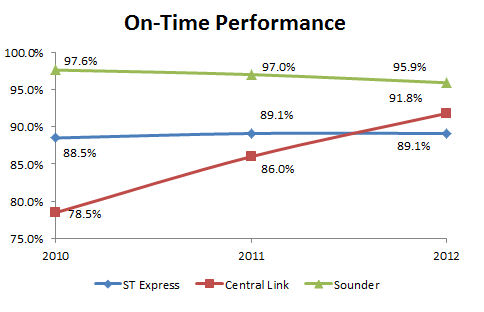 Ridership: 3rd quarter ridership was up 13% over Q3 2012, breaking a record with over 2.5 million total boardings and nearly 29,000 average weekday boardings. 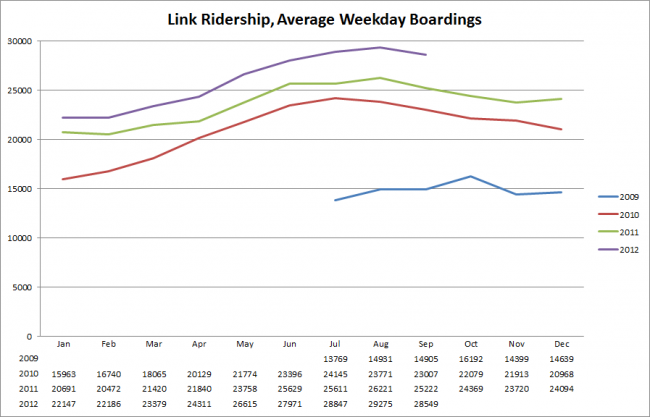 Operating Costs: While costs are still high, they are consistently moving downward. Link is now cheaper to operate per boarding than the overall average for ST Express, though ST Express operating costs vary widely (from $2.93 for the 550 to $11.34 on the 592). 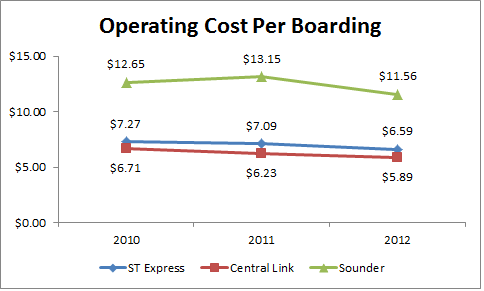 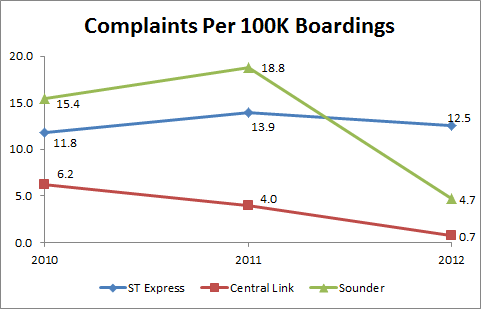 The 4Q numbers should be especially interesting when they are published early next year, as that will be our first chance to quantify the effects of Ride Free Area elimination on Link’s ridership and reliability. But for now, it’s all good news.