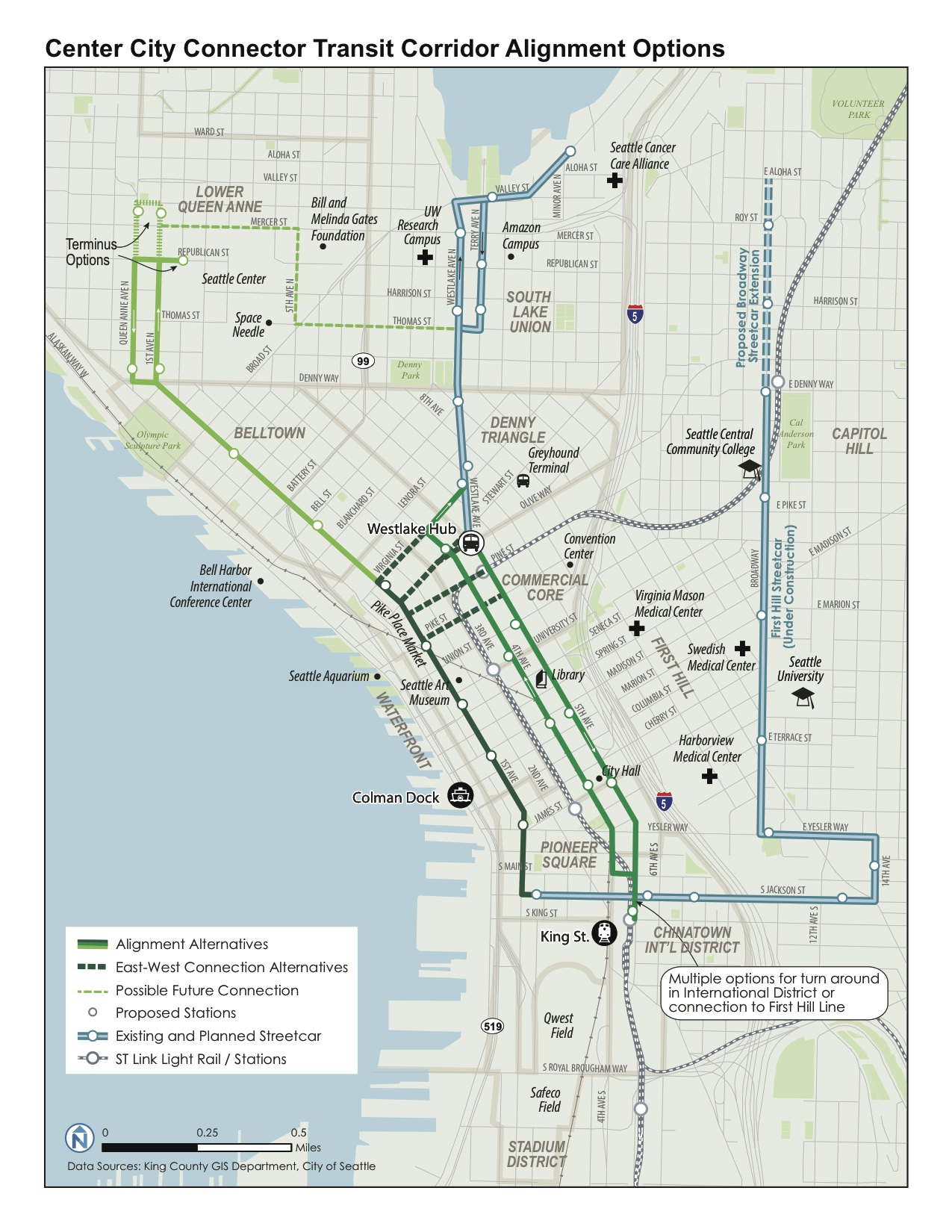 The high-capacity transit corridor known as the Center City Connector — discussed previously here and here — will be just 1.1 miles long.  But it’s an important 1.1 miles! Running between King St. Station and Belltown, the connector will provide the spine for potential future extensions to Queen Anne and the North End.

Federal grant money to move forward with the project was secured last fall, and on February 6 SDOT is hosting an open house to kick off the project.  Stop by to get the details.  Before you go, you may want to prepare yourself by reading this brief corridor analysis from the Transit Master Plan (pdf).