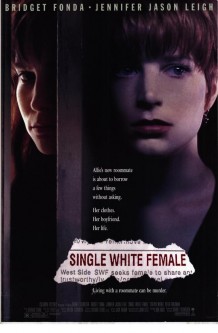 Last month, I made the argument that, in a transit-friendly city, there ought to be a variety of affordable housing options within walking distance of frequent, all-day transit.

I got some interesting responses, including one from Matt Yglesias, who made the point that you can’t force “family-friendly” housing since a 3-bedroom house would be equally attractive to three roommates whom, by virtue of their three salaries, could outbid a 2-earner family.  That’s sort of true, although I would argue that three early-career roommates won’t necessarily out-earn two mid-career parents.  But that’s a quibble.

Yglesias’ response was on my mind when I read this article in the New City Collegian, linked to by Andrew, about the trouble college students on Capitol Hill are having affording rent:

Amy, an international student from Korea, lives on Capitol Hill and rents a two bedroom apartment for $1,300 a month. The contract says only two people may reside there, but skirting the rules Amy now lives with three other roommates. “It doesn’t make sense. I can’t pay this much. As a result, I have three roommates, which means I live in violation of the contract.” The contract violation has left Amy perpetually anxious of eviction saying her manager checks every unit randomly and is “scared every day…I have to sleep with another girl in the same bed. I can’t have my private room.”

To help ease the spike in housing costs, some developers have been building smaller, more affordable apartments such as the aPodment-style units that Tom Rasmussen may want to put a stop to.  But wouldn’t an alternative solution be to build more 3- and 4-bedroom housing that, as Yglesias argues, could be rented out to a few college kids or recent college grads? And if a young family was also interested in such housing, perhaps they might take advantage of it as well?

Come to think of it, the whole reason these small apartments exist is that they’re technically classified as a single dwelling unit in the city code.  That is to say, the primary difference between 4 “aPodments” and a single 4BR apartment is the presence of locks on all the bedroom doors.

I lived with roommates for a while when I was younger, and it has its ups and downs. It’s less lonely and cheaper than living alone, but yeah, sometimes they leave dishes in the sink and don’t clean the bathroom.  So I get the appeal of an affordable apartment that lets you live inexpensively and still have some privacy. What I don’t understand is what Rasmussen’s moratorium is supposed to solve. Young people will still need cheap housing. They’ll just go back to doing what they’ve usually done and use Craig’s List to find roommates.

Put another way, the underlying demand is still there. Some college kids on the Hill are now fanning out to Beacon Hill and the Central District to find houses they can rent and live in with roommates.  But the number of 3- and 4-bedroom houses with good transit access in those neighborhoods is finite and increasingly expensive.  Hence: aPodments, which are just a snazzy new name for the kind of shared housing that 20-somethings in a city have always gravitated toward. Except they have locks on the bedroom doors, individual rental agreements, and meet modern fire codes.

81 Replies to “When Small Apartments are Outlawed, We’ll Just Go Back to Having Roommates”