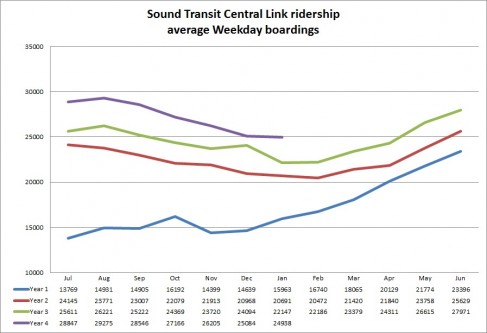 Here are the updated graphs from this post, plus a new one organized by Operations Year instead of Calendar Year. Link’s December ridership numbers led to some discussion last month about growth possibly slowing, but from this graph it is clear that December 2011 was just an abnormally high ridership month, making 2012’s growth appear more sluggish than it actually was. That brings us to my favorite graph, year over year change. After the aforementioned dip in December (note the mirroring spike in December 2011), growth returned to double digits this January. With this kind of sustained growth, it is very possible Central Link will exceed its pre-recession ridership estimates. Link is a 100 year investment and the first few years of ridership are a poor judge of its success or failure. That said, in the short term it certainly helps sell expansion politically. This is especially true now that we could be looking at an ST3 vote as early as 2016. 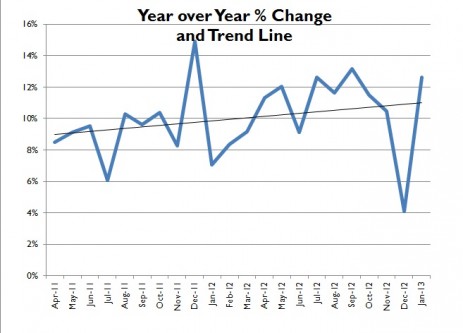 Traditional charts below the fold. 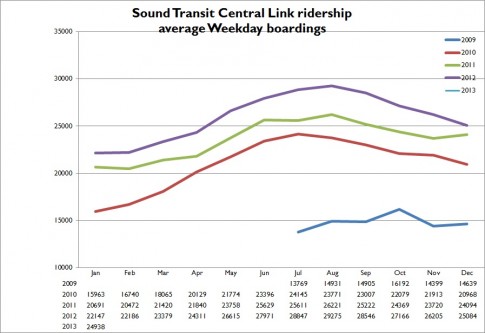 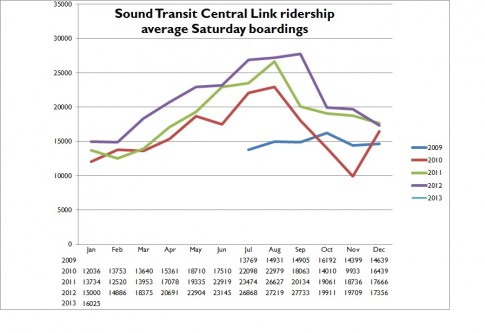 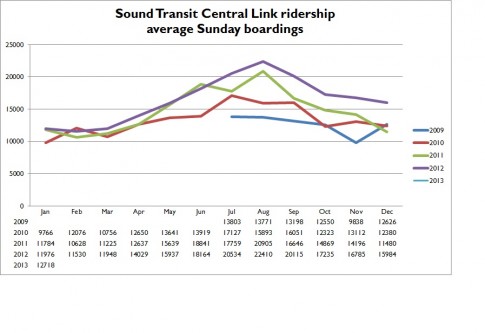 16 Replies to “A Slightly New Perspective on Link Ridership”