Sound Transit has released their Q2 Ridership Report.  Another quarter, another ST ridership record set.  This quarter it is the first time weekday boardings have exceeded 100,000 for a full quarter.  Ridership was stable or showed growth on all modes except for Tacoma Link.  The system as whole was up 8%, 7% on weekdays.  ST Express boardings rose 7%, Sounder 6% (increases in Sounder South overcoming decreases on the North Line), and Central Link 10%, 9% on weekdays.  For a more indepth look at the ridership numbers, see the monthly ridership posts.  May and June and July.

Link’s cost per boarding continued pulling away from ST Express as we moved into summer at $5.83 for Central Link compared to $6.50 for ST Express.  $5.83 is a dollar lower than Link’s Q2 2011 cost and a 25 cents lower than the 2013 budget estimate.  This will likely be the low point (or high depending on how you look it) for cost per boarding on Central Link this year as seasonal variation lowers ridership moving forward. There are other metrics not covered in the regular monthly report so the full quarterly report is worth checking out.

Below are some charts I created focusing on Cost per Boarding. 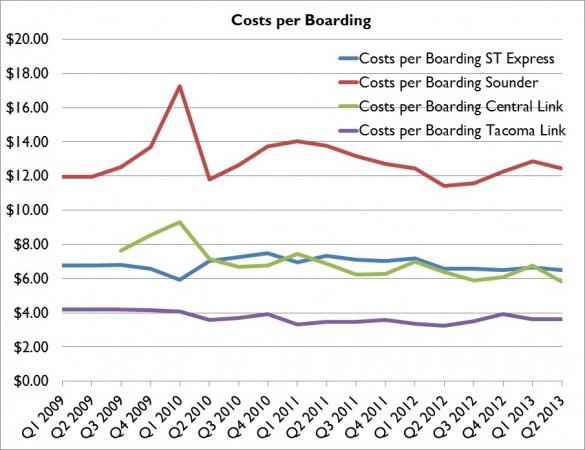 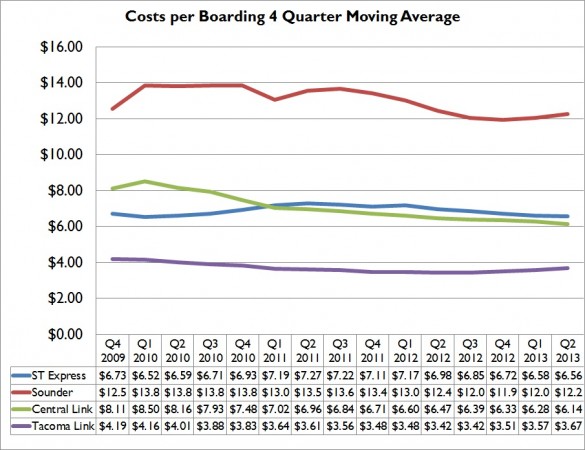 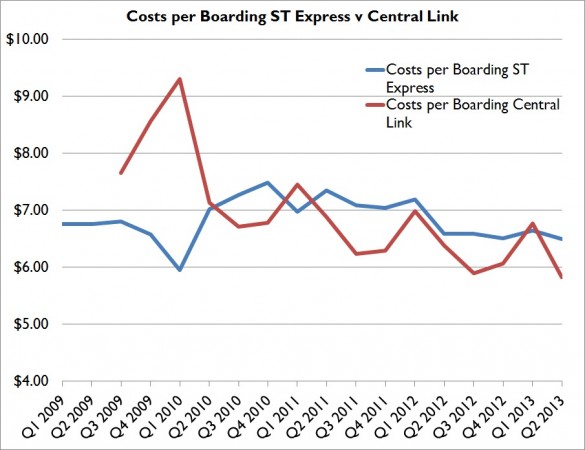 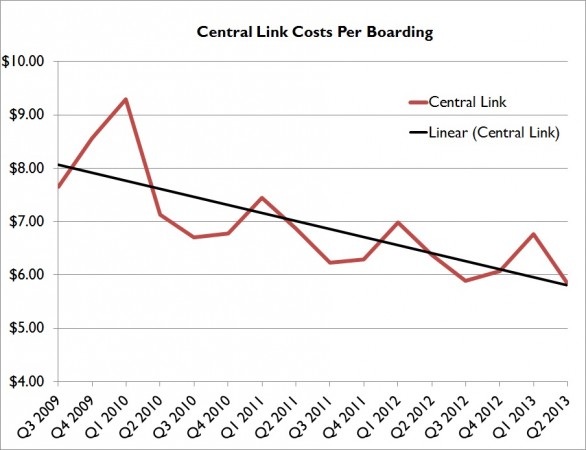 IF Central Link can maintain its spectacular growth for the next few years it is possible that even before U-Link opens Link’s cost per boarding could be close to or lower than Metro’s (in 2011 Metro’s was $4.05, up from $3.04 in 2001).  Of course, comparing cost per boarding over different modes and systems is problematic, as they cover different distances, charge different fares, serve transit markets of varying quality, and have different spans of service.  Projecting it into the future is even more unweildly.  However it will be an important milestone/trend going into a possible 2016 ST3 vote.